Tailgating will never be the same again. 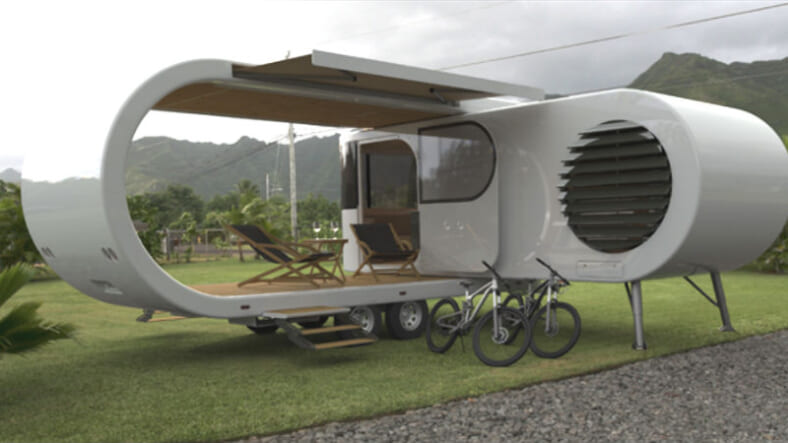 This concept RV has been in the works for a few years. Now its creators in Christchurch, New Zealand have made it a reality—and it feels like the future is here.

The Romotow puts every ugly camper that ever took over a corner of the stadium parking lot for a tailgating party look like shack on wheels. Your dad’s old Coachman will be jealous.

“Swiss Army Knife” is a pretty convenient comparison for this trailer, but let’s admit it—it looks like a gigantic USB, the kind you carry on your keychain. And the Romotow is infinitely more useful.

When you’re on the road, it has the same profile as any other camper. But as soon as you’re ready to settle down and pop a cold one, you just press a button and the deck unfolds like magic. Suddenly you have a killer party palace.

The deck also basically adds 70 percent more space, so theoretically it could even accommodate a dance party, but most campgrounds frown on those.

Romotow’s Kiwi creators can turn out a new one in a matter of months. Once more RV fans get a look at this kind of innovation, the waiting list for a new one is likely to be pretty damn long.