Just try and stop this thing. 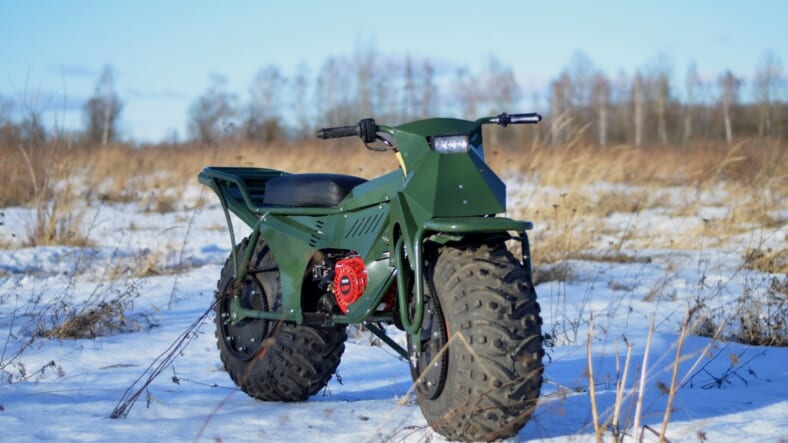 Back in the days of the Soviet Union, the Russians would shameless steal western designs and tout their copied work as homegrown. There was the Tupolev TU-144 SST clone of the Concorde supersonic airliner, and the Buran rip-off of the U.S. space shuttle, for example.

The Soviets so shamelessly copied off our papers that the engineers at Digital Equipment Corp. etched the phrase “When you care enough to steal the very best” into their processor circuitry, knowing the Russians would copy that part too.

So it should come as no surprise, considering Vladimir Putin’s renewal of frosty relations with the U.S., that the Russians are back to stealing technology. In this case, the design for a two-wheel drive motorcycle, dating back to 1958.

The Rokon Trailbreaker has been hauling farmers, lumberjacks and hunters to otherwise inaccessible places since it went into production in 1960. Now the Russians are selling an apparent copy called the Taurus. Both have off-the-shelf 7-horsepower industrial engines, but Rokon uses the all-American Kohler engine from Wisconsin, while the Taurus has a Honda engine.

The Trailbreaker starts at $7,350, while the Taurus is an eye-catching $1,700. Naturally, there’s a catch. Not only does the Russian copy lack the Rokon’s shock-absorbing front suspension (it has a rigid fork instead), but it isn’t even available yet in the U.S. So you’d lose much of your savings in shipping costs. But maybe you could pay in rubles instead of dollars?