The Ford GT-inspired racer–the first car designed in collaboration with an automaker and gamers–is actually being built. 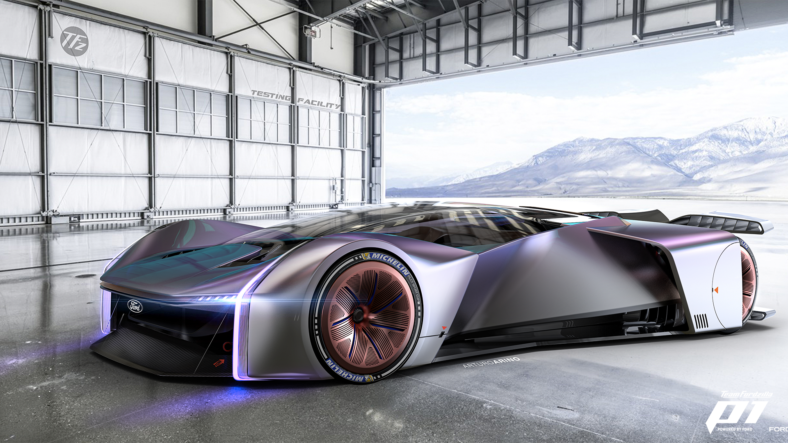 Ford and its official esports franchise have joined forces to create what they’re calling the “first-ever vehicle designed in collaboration between an automaker and gamers.” And it won’t just exist in the virtual realm, as Ford says it’s building a full-size scale model of the futuristic racer by year’s end.

The Team Fordzilla P1 was largely rendered by Ford exterior designer Arturo Ariño, whose concept won over 80 percent of 250,000 votes to easily emerge as the favorite in a head-to-head Twitter poll against another finalist.

Ford said that fans were responsible for deciding seating position, cockpit style, drivetrain, and other elements before designers delivered mock-ups. None of those specs have been revealed, but given that Ariño looked to the Ford GT for loose inspiration, the 3.5-liter, turbo-charged V6 and seven-speed dual-clutch from the track-bred hypercar would make sense.

What’s most unique about the P1 is the aggressively aerodynamic body’s “morphing technology.” Again, details are vague, but it can supposedly be configured with the stability of a longtail racer to run on the types of high-speed straights seen at Le Mans, or shortened for tighter circuits like Monaco.

The P1 was unveiled in tandem with a tease for a new, Ford–official video game that could be released as early as 2021 by a major developer. Said PlayStation’s Gran Turismo continue to push boundaries on popular racing sims.