Thailand’s K-Speed is a Mecca for Killer Custom Motorbikes

BMWs made even more beautiful. 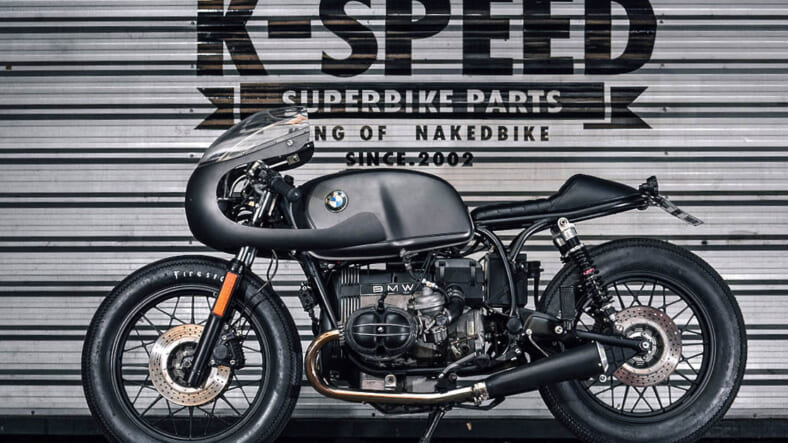 There’s a lot of traffic in Thailand, so motorcycles are the way to go if you actually want to get anywhere in a hurry. Which means the country’s custom motorbike scene is pretty hot stuff. Case in point: K-Speed Superbike Parts, which specializes in beefing up some pretty cool motorcycles.

Their latest creation is a BMW Bobster (above), crafted from one of their favorite workhorses, the BMW R100. For the Bobster conversion, the bike got chopped down and doped up with an all new fuel tank and gives it some seriously retro styling.

Another version of the R100 is this Café Racer they created, though you’d be hard pressed to tell it was the same bike. The original dates from 1981. Though BMWs are their manufacturer of choice, they also recently got their hands on Honda.

The Honda CB500 Street Brat Tracker (above) takes a rather bland street bike and makes it into something quite a bit more Mad Max. We like….