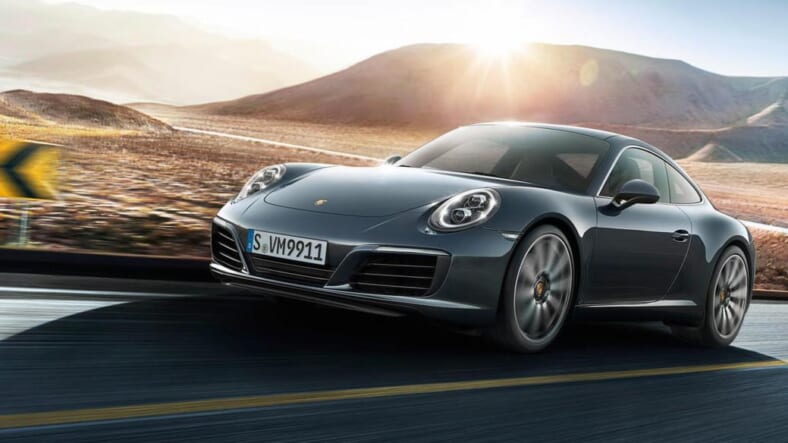 2018 is quickly coming to a close and the 2019 models have only just started to hit the streets. Now that we’re close to putting the kibosh on the year, we can finally look back and see where automakers stood. Using JD Power’s heralded rankings, here are the top ten highest ranked cars of the 2018.

Caddy has worked hard to maintain their luxury status and, while other models may have their shortcomings and missteps, the Escalade remains a staple for anyone looking to travel in style and comfort. The lush interior, reliable engine and overall size make the Escalade a perennial staple of lists like this and keeps the 2018 model in the top ten of the year.

Beemer has done wonderful things with their M engines and some of their smaller offerings (like the 2 Series and 4 Series) but there’s no doubt that they put their best foot forward with the 7. Large and luxurious but still able to perform like its ripping up the autobahn on the reg, BMW’s flagship may not be the best in its class but it’s certainly up there.

The Fourth generation of Porsche Boxsters and Caymans have helped to create a higher class series of entry-level, German-made rocketships. Thoughtfully designed to feel plush yet never giving up its race-inspired heritage, the 718 deserves plenty of recognition for pushing the envelope of what this class of Porsche can do, in terms of both design and straight motoring.

We can’t help feel Lexus is trying harder than it used to. It’s showing across their models but the RX line may have come the farthest of all. The 2018 RX is supremely comfortable, drives with a softness missing from other high-end SUVs (that’s a good thing in this case) and features useful, intuitively-designed, straightforward technology, from its heads up display to its no-look center console.

From the days of its introduction in the pre-9/11 era, we’ve always had a soft spot for the Lincoln Navigator and so does JD Power, apparently. It’s a stately vehicle, somehow classier than its GM counterparts, with luxurious touches coming in the way of details big and small, from its rear captains seats to trim that just felt fancy. The luster of the Lincoln brand may not shine as brightly across all its models anymore but the Navigator still seems to get it right, year after year.

The Porsche Cayenne may very well be responsible for every performance car maker churning out SUVs but the Macan is the Porsche SUV that actually gets it right. Compared to the Cayenne, its smaller size, better agility and equal speediness make the Macan feel like the SUV that deserves to bear the Porsche name. The 2018 ups the ante with an interior that just looks and feels sexy, especially in contrast to the relatively spartan guts of its larger counterpart.

You know how we said that Lincoln lost its luster? Major strides in the 2018 Lincoln Continental, a legendary car a few decades ago but a yawner more recently, are helping to buck that notion. The 2018 Continental is a testament to Lincoln’s history of luxury. The know-how is there; there are years of refinement behind this style and it shows in this year’s model.

Like the BMW 7 Series, Mercedes’ S-Class is a staple in the landscape of highly regarded cars. Sitting in the back seat is a comfort. Getting behind the wheel is a pleasure. The S-Class is big but not a boat, handles like a car made for German roads should and has ample power to move its big ass even at the lower end of the model. Mercedes has a pedigree of rock solid reliability and recent tweaks to the in-car tech make all 2018 Benzos, not just the S-Class, a huge improvement over their predecessors of just a few years ago. This car showing up in the top three is no surprise at all.

The Genesis G90, as opposed to the Mercedes S-Class that it outranked on this list, is the biggest surprise in these rankings. Hyundai’s high-end offshoot brand is getting it right with their recent formula of taking everything great about other lux cars in the category, mashing them up and selling them for roughly 20% cheaper. It’s working. Hyundai’s Genesis brand is quickly garnering the rep for high-end cars with mid-range prices that kill it, from their broad stroke engineering to the tiniest details. The G90 is just the beginning, we know we’ll be seeing more from Genesis in the very near future.

There’s a lot of love on this list for Porsche so it’s not exactly a shocker that the 911 is tops for JD Power this year. It’s unlikely you’ll rely on your 911 as hard as you might some of the other cars on this list…but you could. That’s the point. This is the pinnacle of Porsche engineering, distilling almost a century of expertise into a single model. The 911 is sleek, sexy and iconic. It retains notions of the past while feeling firmly futuristic. It’s also a real thrill to drive, a machine that delivers excitement and joy that just happens to get you where you’re going, hugging every corner and setting straightaways ablaze…if that’s your thing. And if that’s not your thing, drive a 911 and see if you still feel the same way.