This carbon fiber stunner is an awesomely All-American beast. 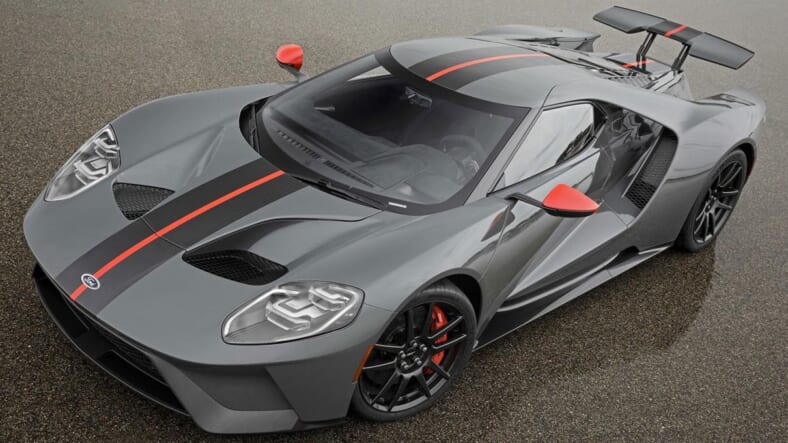 A new special edition GT is coming in 2019 and Ford is dubbing this one the Carbon Series, mostly because it’s decked out in exposed carbon fiber from wheels to hatch. Ford says this edition is specifically to accommodate well-heeled fans who have responded well to the carbon trim in previous models and want even more.

Those material changes have actually helped this edition of the 2019 Ford GT shed around 40 pounds of weight. The Carbon Series special edition also widens the GT to give it a lower center of gravity and better handling, on track or off.

That distinction seems to have been in the forefront of Ford’s mind when they were making changes to the 2019 model. Yes, this is a track car that will absolutely burn rubber and grip turns but a showpiece like the GT is meant to be driven, and, for most people, that means spending at least some time on local roads.

Ford has actually outfitted the GT with their Sync system as a result of this but managed to doll up the interior with silver stitching and even more exposed carbon for this edition to keep it unique.

Whether you’re driving for show or dough, this Carbon Series GT will certainly turn heads. Sharing the same devastatingly good-looking lines as every other modern GT since it was reintroduced a few years ago, the Carbon Series boasts much more exposed carbon fiber and specifically gives buyers the options to choose the colors for the side-view mirror accents, stripes and calipers.

Buyers looking to drop well into six-figures for one of these Ford GTs can apply to do so on Ford’s website starting on November 8th.

The window for application will only stay open for 30 days afterwards, though it’s unlikely any will be left come December.