Somebody Dreamed Up Jet Skis That Look Like Vintage Vespa Scooters 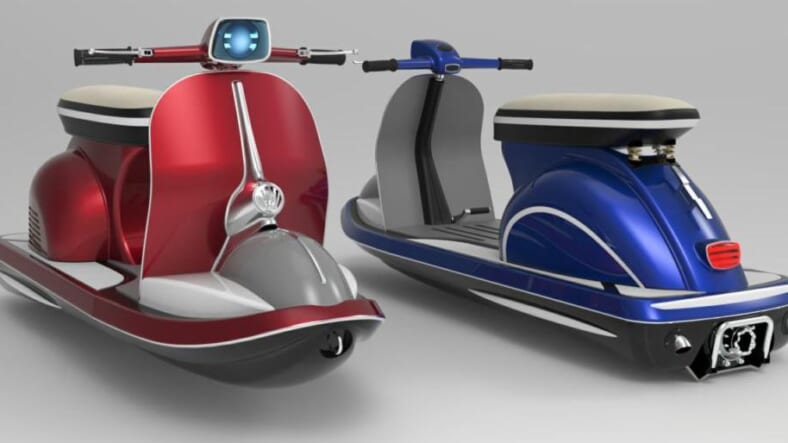 No, Kenny Powers probably wouldn’t ride one of these, but Lazzarini Designs has done some exceptional work reimagining the iconic Vespa scooter as a jet ski that’s ready to class up your favorite body of water.

The Jet Vespa, as designer Pierpaolo Lazzarini calls it, would have an entirely fiberglass body and trim that firmly plant them in the sleek look of the 1960s Vespa Style. The Italian concept artist has envisioned them as coming with two different engines formats; one all-electric and the other with a gas-powered engine, each capable of almost 40 knots on water.

Lazzarini also foresees a self-balancing element to the Jet Vespa. His designs also indicate both battery and engine placement low and centered in the ski itself, presumably helping accomplish that literal balancing act. That would be especially important in the all-electric version, where batteries would be larger and of utmost importance.

It remains to be seen if these sexy water cruisers will actually make it into production but, with forecasted pricing of $25k for the all-electric version and $19k for the gas-powered model, there would probably need to be some serious Kickstarter excitement before the Jet Vespas start rolling off any production lines.

No word on whether a high-end cappuccino maker and La Dolce Vita-style scarf are included in those prices.