I Fought The Law, And The Law Bought My Gas 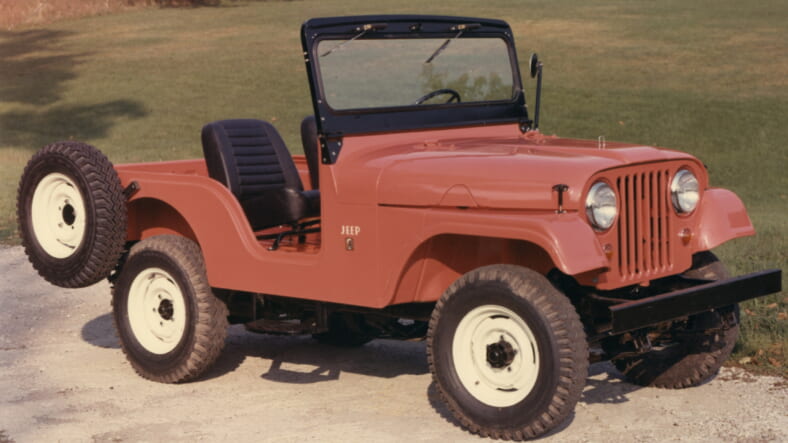 Growing up in Virginia Beach in the 1970s, teenage boys were largely left to their own devices, able to ride dirt bikes in subdivisions under construction, shoot .22 rifles in the woods and even wrench on their own cars long before they were old enough to legally drive them.

Such was life for my friend Will. Jeeps were his first mechanical love, and he bought a dilapidated post-war off-roader as a project when he was 14. Of course, fixing up the Jeep and driving it were two different things, so it just sat even though he’d gotten it running pretty well.

Then the East Coast was struck by a blizzard, one that stretched far enough south to bury Virginia Beach in more than a foot of snow, closing area roads. Now was the time, Will concluded. He could finally take his Jeep for a drive in conditions it was built for, without being bothered by the need for legality.

After a bit of hooning around with his toy, Will spotted his first chance for off-roader heroics: a car had slid into the ditch and the driver was standing by the roadside waving his arms for help.

Will’s excitement turned to gut-wrenching dread as he approached, however. The car was a police car, and the driver was a sheriff’s deputy. Will couldn’t stop to help a deputy while driving at 14 with no license in a vehicle with no registration, state inspection or insurance! He would have to drive past and leave the deputy stranded.

But he couldn’t do it. So Will pulled his Jeep to a stop beside the officer and the snow-covered deputy clambered into the passenger’s seat. He glanced over at Will to thank him for the ride and his shock was visible on his face. “How old are you?” the deputy asked.

“Fourteen,” Will replied. The officer just nodded and gestured for him to go. As they churned through the snow toward the police station, Will noticed as the deputy’s eyes scanned the rough cabin of the jalopy Jeep, with state inspection and local tax stickers conspicuous in their absence from the windshield.

What would John Law do with him when they got to the police station, Will wondered. Impound his Jeep. Call his parents? Lock him up?

Will’s stomach was in knots as they arrived at the station, and his heart sank when the deputy instructed him to pull the Jeep around behind the building. Climbing out, the officer gestured to the gas pumps and told Will, “You seem to be doing fine. Have them fill you up with gas and then go to the hospital, they need people to drive doctors and nurses to work today.”

And he was gone. Leaving 14-year-old Will to spend the day driving his unregistered, uninspected, uninsured Jeep with no license on the best snow day ever, delivering doctors and nurses to their jobs at the hospital. And burning police gas to do it.

This is a 100-percent true story, and is 100-percent really not me, but a friend of mine. I have my own stories of teen foolishness, but they don’t involve blizzards.