The Suzuki Hayabusa, One of the World’s Fastest Bikes, Isn’t Going Anywhere

Reports of the Japanese superbike’s demise are premature. 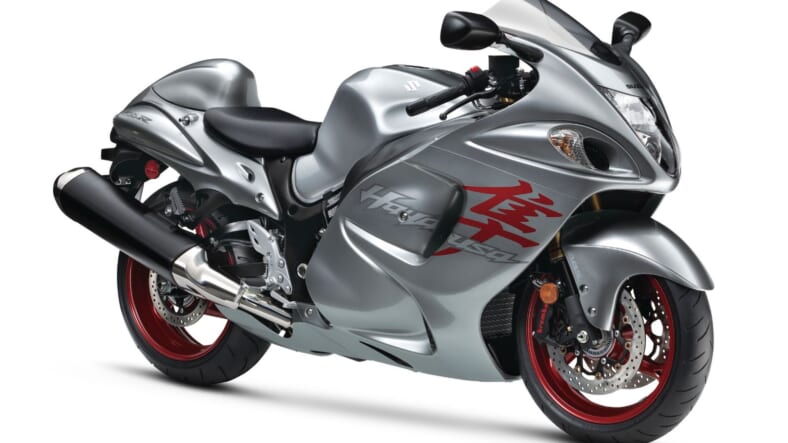 Last week, rumors abounded about the Suzuki Hayabusa motorcycle’s imminent demise, much to the chagrin of speed enthusiasts all over the world.

While the fate of the breathtakingly fast bike may still be uncertain in European and Asian markets, Suzuki has confirmed that the 2019 Hayabusa’s production will continue uninterrupted in the United States.

Those stats beat the 186 mph legal top end limit required by European and Asian laws—laws that were created at least partly in response to the Hayabusa’s early days on the market. It’s not exactly a surprise the fate of the Hayabusa is up in the air.

Those regulatory limit exists in the US, so Suzuki is free to continue the 20 year tradition of the Hayabusa here.

They’ll update the 2018 version and the 2019 model will boast the same specs but likely be boosted by more modern tech like electronic suspension, bolstered ride modes and, like much of the current motorcycle landscape, cornering ABS.

The current MSRP for the 2019 Suzuki Hayabusa is $14,799. It will be available in metallic gray or glass sparkle black.