And you won’t kill yourself on it. 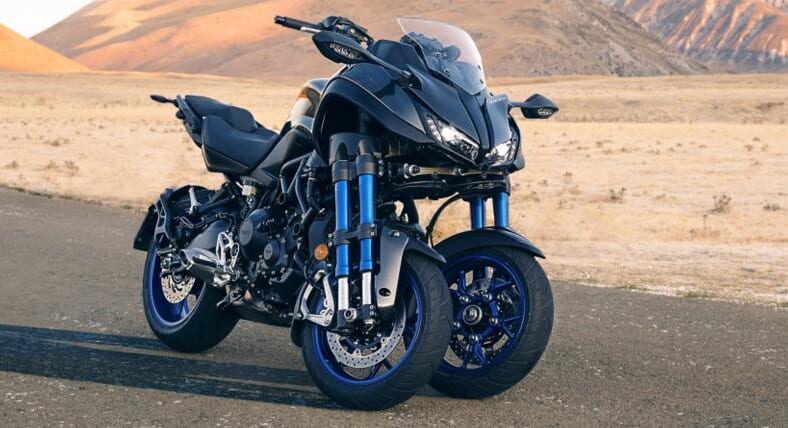 Everybody loves motorcycles, but not everybody loves the idea of falling down. If your experience with two-wheelers has been less than ideal, Yamaha suggests the Niken, a new three wheeler that leans into curves like a two-wheeler, but has the stability of two front wheels.

Yamaha refers to the Niken as a “Leaning Multi-Wheeler (LMW)” that promises the ability to “freely carve through continuous corners on winding roads.” Yamaha teased us with a concept version back in 2015, but now the company is ready to sell them.

It has a pair of 15-inch front wheels, which is slightly smaller than the single 17-incher typically used on sporty motorcycles.

Those two wheels each have their own pair of inverted telescopic forks suspending them, which surely contributes to a hefty curb weight. But since it shouldn’t fall over, you’ll never know how much effort it takes to pick the Niken back up off the street.

Yamaha is mum about the engine’s specifics, calling it simply a “large displacement” liquid cooled inline three-cylinder. The company happens to use an engine fitting that description in the FZ-09. That bike has a 847cc triple that is likely the same one in the Niken.

For further details we’ll have to wait for Yamaha’s official introduction of the bike to its dealers just before it goes on sale.