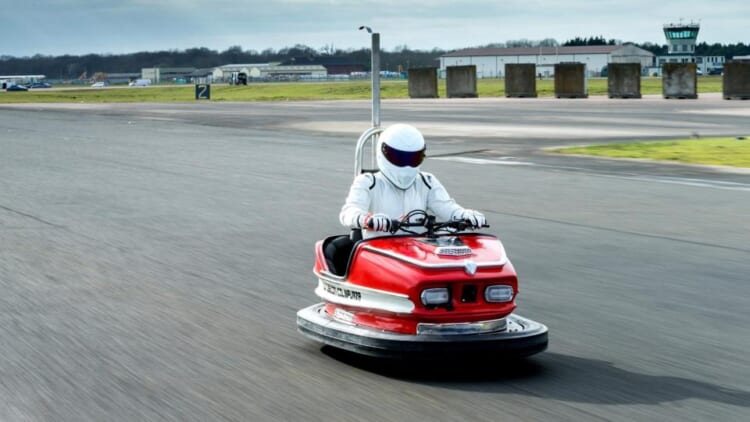 Do you remember how fast you went in your POS first car? It probably wasn’t 100 miles per hour. And yet, Top Gear‘s Stig driving ace has now just hit that benchmark speed in a souped-up bumper car!

The Stig reached a top speed of 100.336 mph in the former amusement park ride thanks to the motivational force of a 600 cc motorcycle engine.

The brains, if you can call it that, behind the operation is Colin Furze, who has established YouTube fame built on constructing improbably contraptions and then not dying while operating them.

The idea of getting a bumper car to top 100 mph is modestly impressive, considering that pilots used to say of the F-4 Phantom that ‘given enough power even a brick can fly,’ but The Stig’s ability to not crash the thing at that speed has to be considered pretty amazing.

Better him than us!