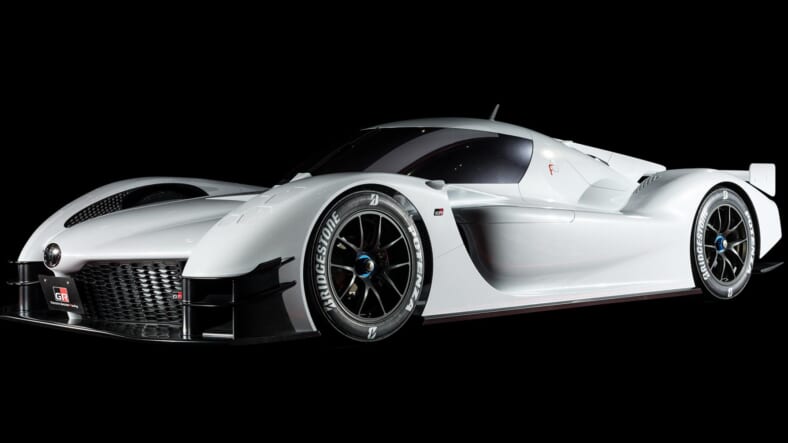 Like Mercedes-AMG, Toyota has conjured a concept for a street-legal racer that, if produced, could probably outrun anything in anyone’s garage.

The Japanese automotive behemoth’s Gazoo Racing team doesn’t explicitly state that the hybrid GR Super Sport Concept will be a road-ready supercar. Rather, they say it’s the culmination of knowledge derived from testing the Toyota Vitz—sold stateside as the Yaris—and racing the Le Mans-winning TS050 Hybrid in the World Endurance Championship.

It was developed by incorporating learnings from the Vitz as it underwent road testing at Nürburgring, which is said to be the world’s most grueling course, and through its tackling of the Japanese Rally Championship.  The newly revealed GR Super Sport Concept is composed of mostly the same main parts as the TS050 Hybrid race car that competes in the WEC.

Specs reveal that its twin-turbo hybrid 2.4-liter V6 will produce an insane 1,000 horsepower at a relatively low environmental cost.

Beneath the beautifully flowing and original form are a V6 twin turbocharger and a Toyota Hybrid System-Racing (THS-R) powertrain, which have been honed through actual racing. With its high-efficiency EV system and lean-burn engine, this next-generation super sports car is set to deliver both ultimate power and environmental performance.

The GR Super Sport Concept was unveiled at the Tokyo Auto Salon 2018. Hopefully they take it to production, because we really want to see it battle the Mercedes-AMG Project One.