Toyota Brings Back the Iconic Supra After 21 Years

The $50,000 coupe is the Japanese auto giant’s fastest commercial car ever. 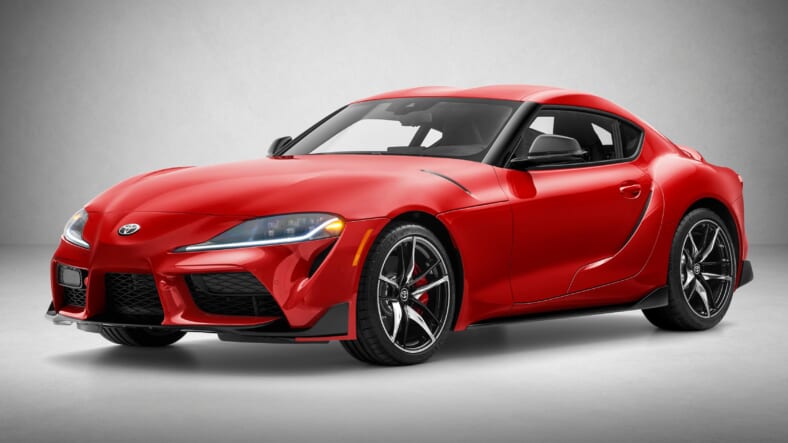 After 21 Supra-free years, Toyota has unveiled a modern version of their quick and sporty coupe at the Detroit Auto Show.

The fifth-generation model is the first developed by Toyota’s Gazoo Racing performance branch and shares the same platform as the new BMW Z4. Its 335 horsepower comes courtesy of a turbocharged straight six and an eight-speed automatic transmission.

The Japanese automotive giant says the 2020 Supra will hit 60 mph in just 4.1 seconds, making it the speediest production Toyota ever. Sadly, top speed is electronically limited to just 155 mph.

Road & Track has further details on all three:

The 2020 Toyota Supra is slated to begin sales at U.S. dealerships this summer.