It’s not only the toughest Toyota ever made—it’s also among the most expensive. 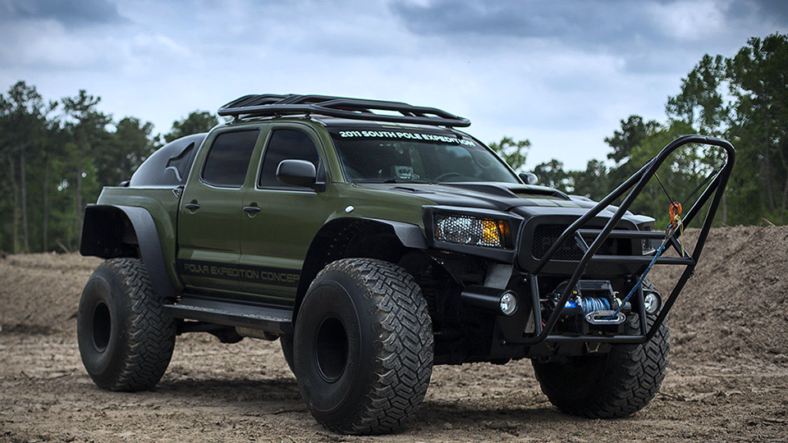 One of the coolest off-road pickups ever built is coming up for auction via Barrett-Jackson this week – the 2010 Toyota Tacoma Polar Expedition.

Built to conquer the bleakest continent on Earth, the bespoke $400,000–plus truck also ranks as one of the most expensive and historically significant pickups on the planet.

In 2011 the tricked-out truck built with help from Toyota’s TRD (Toyota Racing Development) division set a new world record for the fastest overland journey to the South Pole, making the 700 mile trip through Antarctica and back in under 40 hours.

It also features four Polar racing seats, a full roll cage, four HD cameras, and two GPS units, and it comes with the original driver’s license for Antarctica and the log from the original, earth-shattering expedition.

The way global warming is going you might just need this thing for your next ski trip, which is going to be a lot harder to get to….