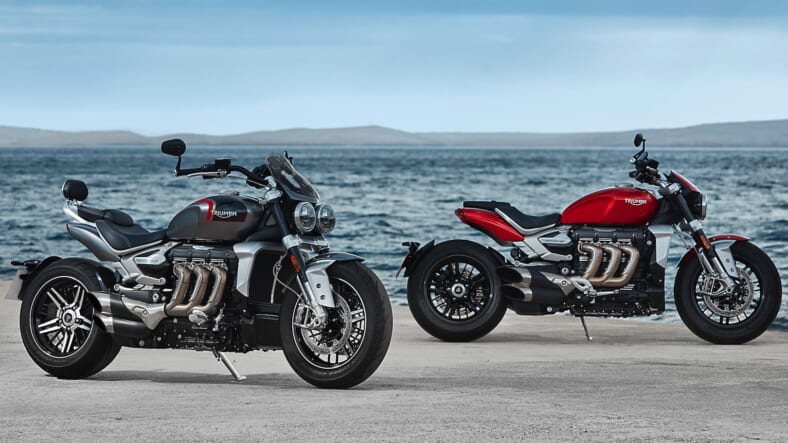 Back in January we revealed that Triumph was planning to unleash one of the world’s largest production motorcycle engines with its next Rocket 3.

Now Steve McQueen’s favorite bike brand has revealed Roadster and Grand Touring versions of the Rocket 3 that deliver on that promise.

The beautiful three-cylinder beasts boast 2,500-cc motors good for 165 hp and 163 lb-ft of torque — more of the latter than any production bike on the market, along with a lightweight design.

Prices haven’t yet been revealed for the Rocket 3 R and GT, but with looks and numbers like this that’s almost irrelevant.

The new bikes are expected to start hitting the street in January, so sign up and get ready to rock.