Porsche’s latest coupe is even cheaper than its sister car, The Boxster. 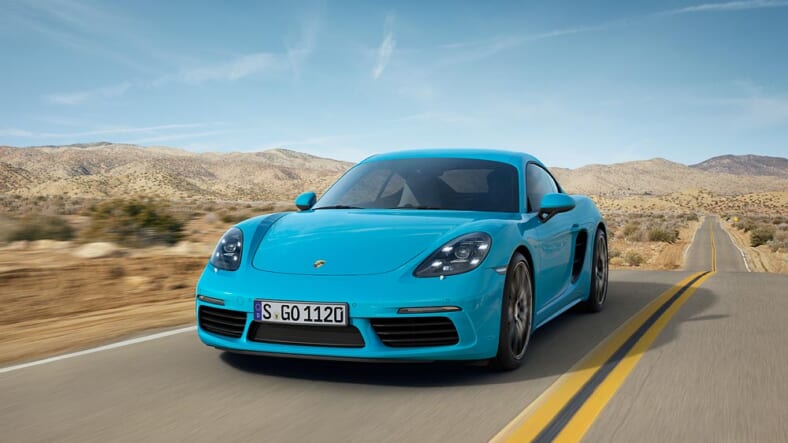 As in the 718 Boxster we recently tested in Portugal, the 718 Cayman employs either of a pair of new turbocharged flat-four engines in place of the flat-sixes that have been used to date. And as in the Boxster, the Cayman eases the pain of the loss of the beautiful orchestra provided by those two extra cylinders by being faster.

And how about the stiffer springs and shocks? Those always seem to help, and the steering borrowed from the 911 Turbo is 10 percent quicker than before, which should sharpen the Cayman’s already-keen reflexes.

We loved this car in the drop-top 718 Boxster edition, so coupe fans can expect more of the same, but with a slightly lower price tag than the Boxster’s $56,000 starting price.

Whether its hard top in the 718 Cayman or topless in the 718 Boxster, the sight and sound from behind the wheel will be pretty much the same. And that’s a good thing.