This Ultra-Rare Ferrari Just Sold for an Insane Amount

This Ferrari Spider is one of the most expensive cars in history. 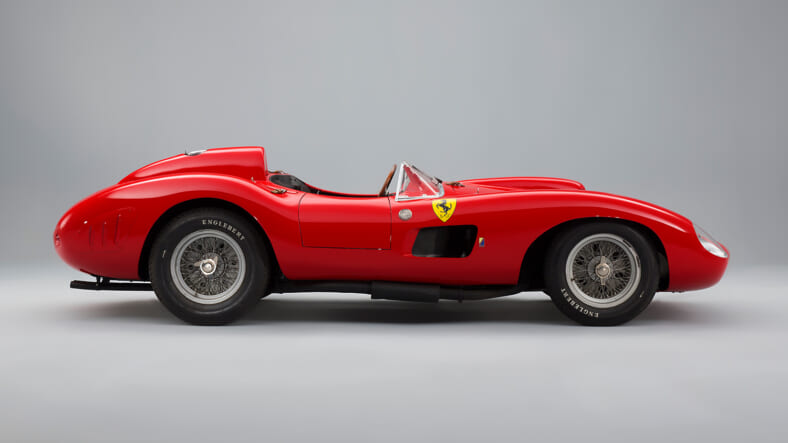 This makes it one of the most expensive cars ever sold at auction, just falling short of the 1962 250 GTO Ferrari auctioned for $38.1 million in 2014.

The Spider’s unidentified owner can also relish the racer’s sheer rarity. It is one of only four Ferrari 335 S Spider Scagliettis ever manufactured. For 40 years, it was in the private collection of French racer Pierre Bardinon, who bought the speed machine in the 1970s. Bardinon passed away in 2012.

The car’s provenance is just as impressive. It took home the Cuban Grand Prix in 1958 and broke records at the Le Mans 24 Hours race, where it became the first car to ever average 124 mph. This bad boy was reportedly capable of 186 mph in 1957. It has even been driven by some of history’s most iconic racers, including Stirling Moss and Mike Hawthorn.

And hey, it ain’t half bad to look at either: