This Insanely Fast, World Record-Setting ‘Widowmaker’ Superbike Can Now Be Yours 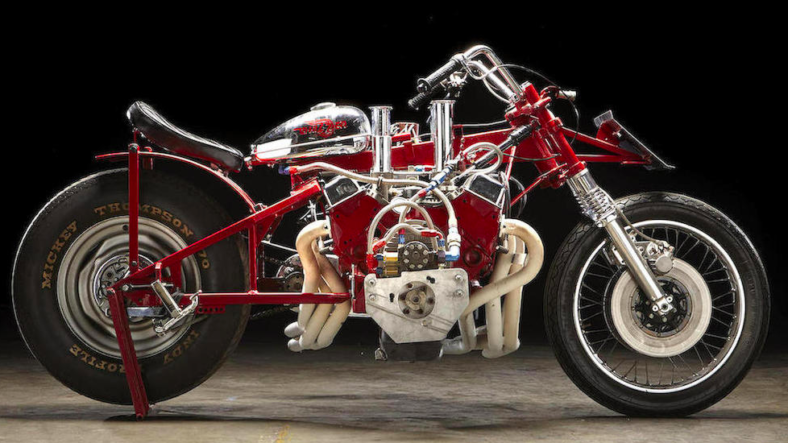 Sometimes the notion that you can put a small block Chevy V8 into anything seems like hyperbole. Then you see the Widowmaker Number Seven, a record-setting motorcycle built with a small block powerplant to confirm that it is true.

It has a 350-cubic inch engine with a Crane cam, aluminum heads and Hilborn fuel injection, producing 500 horsepower.

He must have had a bit of a sense of humor about the bike, because for a fuel tank he chose one from a Whizzer, which was a home-built moped using a motor bolted to a regular bicycle.

Number Seven was to have sold at Bonhams Las Vegas Motorcycle Auction last weekend, but did not meet the seller’s price, so it is apparently still available if you’ve got the $65,000 to $85,000 Bonham’s estimates it’ll sell for burning a hole in your pocket.