Virgin Galactic Is Launching SpaceShipTwo From Spaceport America This Month 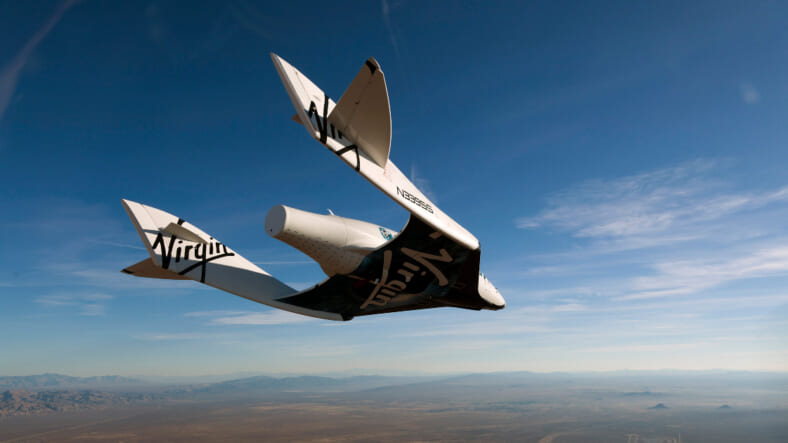 This news comes just months after Branson revealed the interior of his SpaceShipTwo, which appears to have many of the amenities you’d expect on any high-end aircraft.

At the same time, third quarter reports from Branson’s endeavor indicate that though the program has lost money, SpaceShipTwo is already working together with NASA and will go into space holding valuable NASA payloads associated with the space agency’s flight opportunities program.

Virgin has also connected with Dr. Alan Stern, a scientist who will travel on the ship and do experiments in flight. As for when passengers will make the ride, those who could afford it will have to wait till 2021, and even then, Richard Branson will take the ride first. Then suborbital trip ticket sales begin.

Unfortunately, the 900 or so prospective passengers who signed on for Virgin’s One Small Step program—which was supposed to move customers with the right qualifications to the head of the waiting list—has been canceled.

It looks like Virgin Galactic is still figuring out how to handle the commercial passenger end of things.

SpaceShipTwo is now expected to launch sometime between November 19–23, 2020.