10 Things You Need to Know About Volkswagen’s ‘Next Beetle’

These are the very first images of the super-futuristic concept car. 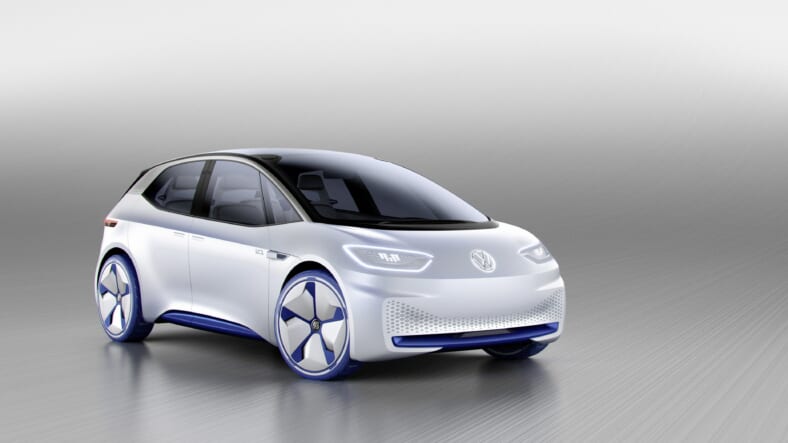 Volkswagen got a jump on the announcements at the Paris Motor Show by releasing artwork depicting its planned all-electric concept, the I.D. This is a model that is planned for production and will even eventually offer autonomy, according to VW’s top-ten information list about the I.D. VW execs go so far as to declare the I.D. as important to the brand as the Beetle, because it shows the company’s plans for electric drive.

1. I.D. is the first Volkswagen in a completely new fleet of highly innovative electric vehicles.

2. I.D. is immediately recognizable as a zero-emission vehicle thanks to a newly developed design DNA for electric cars.

3. I.D. is driven by an electric motor with an output of 168 horsepower and has a range of between 250 and 375 miles on a single battery charge.

4. I.D. has an interior that offers an entirely new spatial experience with Open Space design.

5. I.D. will be launched as a compact electric car in 2020 parallel to the Golf.

6. As a concept car, I.D. gives us a first tangible glimpse of fully automated driving – this mode will be offered from 2025 onwards.

7. I.D. retracts its multifunction steering wheel into the dashboard when in fully automated mode (“I.D. Pilot”).

8. I.D. can receive parcels using a new delivery service, if its owner isn’t at home.

9. I.D. is the first compact Volkswagen based on the Modular Electric Drive Kit (MEB).

10. Volkswagen has set itself the goal of selling a million electric cars a year by 2025.

The convenient thing about VW providing a handy check list is that it is easy to refer to it in the future to see how well the company did sticking to its promises. Now, who’s gonna hold onto this for nine years so we can check back up on them in 2025?