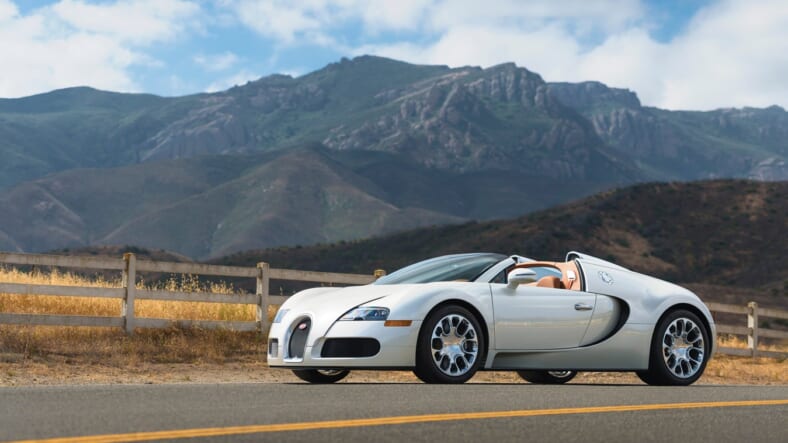 You have certain expectations when you buy a $1.8 million, 1,200-horsepower 16-cylinder supercar, and one of those is that it will be expensive to service. Still, 21 grand for an oil change stings. It feels like they know you have money and are taking advantage.

That was the feeling at Royalty Exotic Cars, a Las Vegas exotic car rental company that decided to do its own service on its Bugatti Veyron, and documented it on YouTube for your benefit.

You have to remove the rear diffuser and some of the rear bodywork to get access to the engine, where it turns out the Veyron has 16 drain plugs throughout its circuitous oil system.

Pull the plugs, and 18 quarts of bubblin’ crude (oil, that is) will pour forth. Yeah, I think we’ll splurge on synthetic oil.

Along the way, the oil change service also includes swapping in other new parts, like clean air filters.

The boys at Royalty scored the Veyron’s oil change as a six on a difficulty scale of one to ten, but we still think that if we had the money for a Veyron, we’d probably leave it to the Bugatti dealer’s certified techs.