Watch his manhood burn before his eyes. 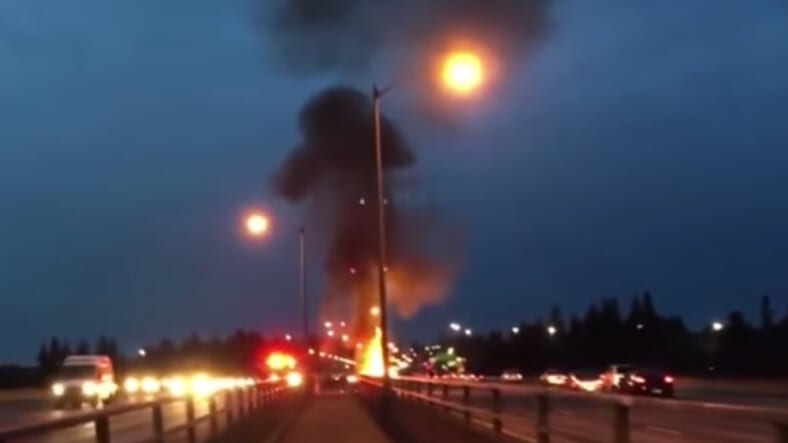 A dude from Portland tried to accrue some man points when he bought a brand-new 2015 Mercedes-Benz C300. But when he finally tested his Benz out, the vehicle broke down in the middle of a freeway. When he and a friend pulled over, they saw smoke billowing from the hood.

Standing on the side of the freeway, he captured on video the moment his speedy new sex wagon suddenly enveloped in flames. Watch as his manhood burns before his eyes:

Things go from zero to 100 in a matter of minutes.

“No warning. The car just turns off, you pull over, the thing’s on fire,” the former Mercedes owner told The Oregonian on Friday. “Seeing your brand-new car blow up in front of you in less than nine minutes is horrific.”

He had just purchased the $42,000 car, and there are still no leads on why it sparked up like that. His local Mercedes dealership did offer him a loaner for his trouble, but he’s understandably reluctant to accept.

Luckily for this man, Portland is one of the most bicycle-friendly cities in America.