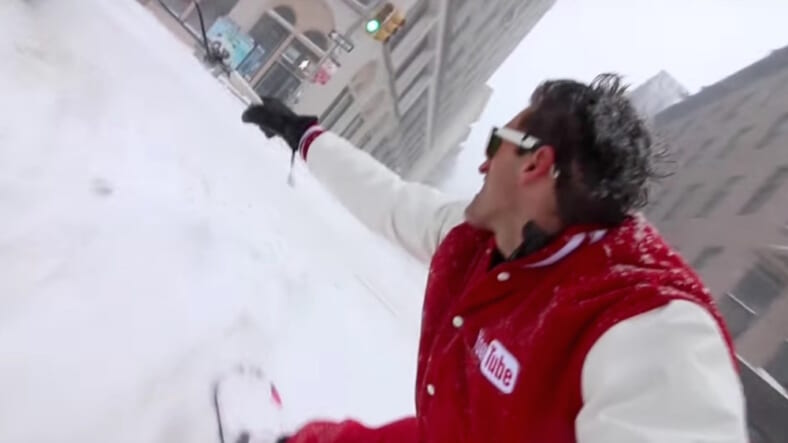 New Yorkers are a resilient bunch—the kind to live life to the fullest even in the face of danger. So when Mayor Bill de Blasio imposed a 2:30 PM travel ban for yesterday’s historic blizzard, a lot of people just saw an opportunity to have a full-blown snow day.

In one of the best videos we’ve seen of blizzard hijinks, rogue YouTuber Casey Neistat turned Manhattan into his own extreme snow park. He had his buddy start up his car, and he tethered himself to the moving vehicle while on a snowboard. Later, another thrill-seeker joined on a pair of skis, and the two moved full speed ahead.

Watch the insane video below:

While Neistat clearly won the Internet with this stunt, he even managed to win over the NYPD, who were ordered by de Blasio to arrest anyone up to such antics. When an officious-looking police car stopped Neistat and his friends at the end of the video, we held our breath.

The officer simply said, “Someone complained about you, so we’re just gonna act like we’re talking to you, alright?”