So What’s The Difference Between A Supercar And A Hypercar Anyway?

Here are the five things to consider. 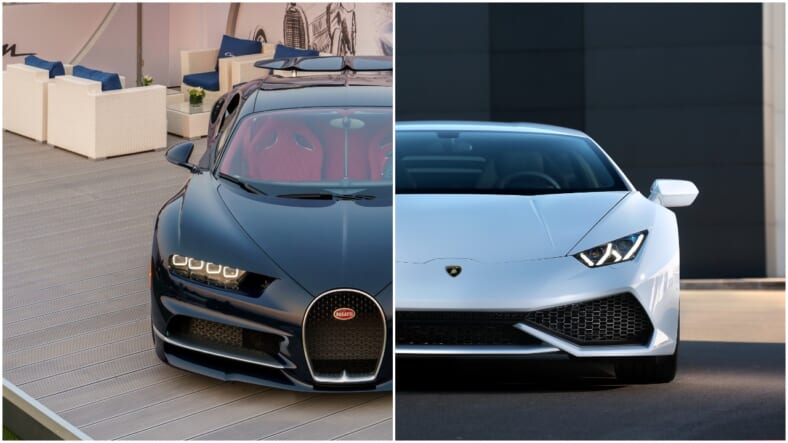 Most vehicle categories are pretty cut-and-dried. There’s little debate about the difference between a convertible and a pickup truck. But fanboys do like to argue about the differences between more glamorous, and more subjective, vehicle terms, like supercar and hypercar.

We can agree that both supercars and hypercars are expensive, exotic and fast. The difference between them is really a matter of extremeness. And in the case of companies with multiple models, the car’s position in the model line.

No hypercar has a more expensive or more exclusive corporate sibling.

1. Sports cars started it all.

Supercars emerged from sports cars, and remain a sub-set of the group that includes Mazda Miatas and Alfa Romeo 4Cs, but with much more power and presence.

Putting the engine behind the cockpit for mid-engine balance is a key ingredient differentiating supercars from regular sports cars. The emergence of the incredible performance of the Corvette ZR1 and Z06 has caused their to be some thought that maybe front-engine cars can also be supercars, but if that matter was in doubt, it seems that Chevrolet is settling the question with plans to shift the Corvette to a mid-engine layout.

The mid-engined supercar template was established by the Lamborghini Miura, which debuted in 1966 with a V12 engine sitting behind the cockpit. Ford was also racing the mid-engine GT40 in the ’60s and released some road-legal versions of that car.

Together, the Miura and the GT40 showed the way forward for ultra-performance cars and the category of supercars was born. Today, cars like the Ferrari 488 GTB, Lamborghini Huracan, Audi R8 and Ford GT carry that banner.

In recent years, however, something new has emerged—hypercars. They are a class of cars whose opulence and expense couldn’t have been imagined a couple decades ago. Their mission: to be the most extreme, and most expensive, most posh and most exclusive machines on the planet.

The price of admission: exotic, many-cylinder or electric-assisted power in the engine bay and more than a million dollars on the window sticker.

The Bugatti Veyron was probably the first bona-fide hypercar, though there are good arguments for cars like the Ferrari F40 and F50. The Veyron didn’t have 12 cylinders; it had 16. It didn’t just go 200 mph, it topped 250 mph. And it had a four-digit horsepower rating.

Inside, the Veyron looked like a big-dollar steam punk interpretation of the original Audi TT baseball glove leather upholstery, with sumptuous tan leather and polished aluminum throughout.

The cacophony of sound from the whooshing of air and spinning of four turbochargers lent the Veyron an air of overwhelming mechanical activity that underscored the impression of absolute overkill in all respects. It could have been more dominating only if it had actual steamrollers in place of its tires to literally flatten everything in its path. That’s hyper.

4. We live in hypercar nirvana.

Bugatti has followed the 1,000-horsepower Veyron with the 261-mph, 1,479-horsepower, $2.6 million Chiron in response to the rise of other legitimate hypercars from no-expense-spared offerings such as the Koenigsegg Regera, Pagani Huayra Roadster, Lamborghini Veneno, McLaren P1, Porsche 918 Spyder and the Ferrari LaFerrari.

These cars are all built in extremely limited numbers, at seven-figure prices, with meticulous attention to detail and top speeds well over 200 mph, and some of them have four-figure horsepower ratings.

5. The future is electrifying.

So what’s next? Megacars? Instantaneous teleportation? Bejeweled sedan chairs borne by steroidal men? If not, maybe something electric, like the Rimac Concept One or the Dendrobian. Whatever it proves to be, expect there to be a debate about what qualifies.