Jordan Belfort’s gleaming white retro ride is being auctioned off to the highest bidder. 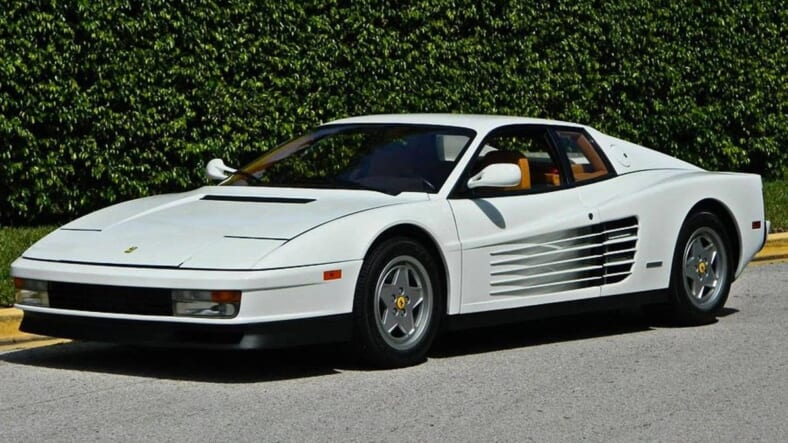 A 1991 Ferrari Testarossa from the collection of Jordan Belfort, the penny stock swindler who inspired The Wolf of Wall Street, has been put up for sale by its current owner in Monaco.

The Ferrari is finished in the same coked-out shade of white as the Lamborghini Countach trashed by a drugged-up Leonardo DiCaprio in this memorable scene from the 2013 Scorsese flick:

Belfort bought the brand-new Ferrari Testarossa in 1991. The car has since changed owners twice, and has remained in surprisingly solid condition, with only 8,300 miles on the clock.

Monegasque Classics is offering Belfort’s former ride at an undisclosed price, which we’d estimate to be well under the $500,000 range, given that the model is not particularly highly valued as far as Ferraris go, even with its quasi-celebrity provenance.

The Testarossa  comes complete with a brand new set of matching luggage – and the current owner notes that a scrunched up $50 bill was found in the lining of one of the bags.

Sadly, the bill is not included, though we can only wonder what kind of late-night party residue might have been on it.