Grandpa would be proud. 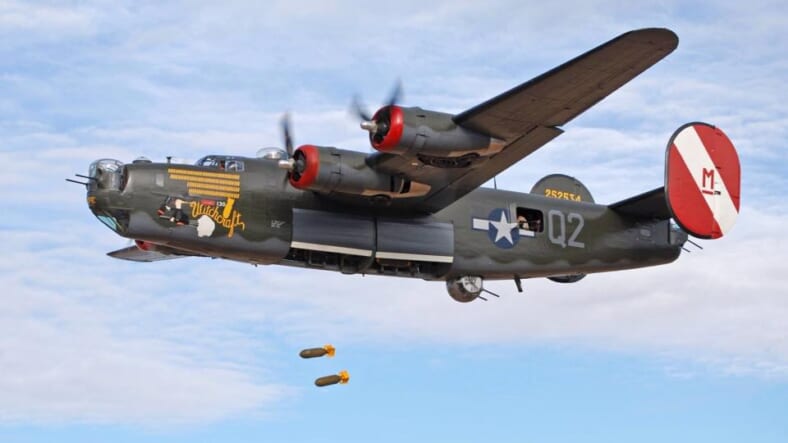 The pitched plane-to-plane combat and the dodging of anti-aircraft flack made Allied World War II bombing runs over Germany the stuff of legend and the source of inspiration for films like Memphis Belle. And now, you can relive the experience yourself.

Military expert Tyler Rogoway, at The Drive, called our attention to this fantasy camp that lets participants fly missions where they shoot machine guns and actually drop dummy bombs on ground targets from vintage Boeing B-17 and Consolidated Aircraft B-24 bombers.

Disappointingly, this year’s Bomber Camp just happened in Stockton, California, so we’ll have to wait until next year’s class to hand them our $2,200 as quickly as we can whip out our wallets.

Bomber Camp’s site explains what we will get for our cash:

The afternoon includes mission flights and various ground activities. You will train and fly as a member of a 6-person bomber crew assigned during induction. A mission consists of flights of both the B17, B24 and other planes flying over the target area, with the Sierra Nevada Mountains as backdrop. As a crew you will take up positions in the bomber and rotate through them during flight. Before and after your mission you will participate in ground training activities, including firefighting, radio operation, first aid, and ball turret training.

During the flight, you can wander through the plane, including stops to fire the .50 caliber machine guns. If you’re brave enough to crawl into the ball turret on the plane’s belly, then you can even do that.

We’ll keep our eyes peeled for the announcement of future dates. Though it seems unlikely they’ll ever let us do the part we really want: flying the P-51 fighter escort mission!