This 90-MPH Beast Is Officially the World’s Fastest Tractor 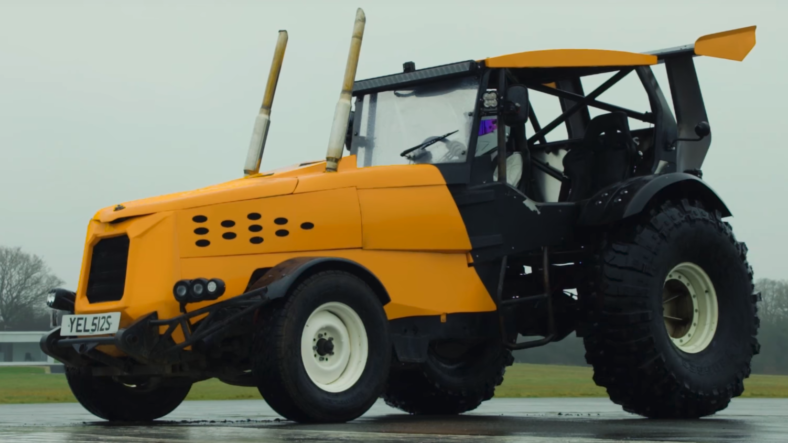 Chevy’s 5.7-liter V8 has been around since 1967. Thanks to the maniacs at Top Gear, its bellowing roar sounded from a tractor for very first time.

The show’s fabled team racing driver, The Stig, took the 500-HP farm machine to the asphalt. The “Track-tor” clocked an insane 87 mph, handily smashing the previous Guinness World record of 80.

Thanks to LED head and tail lights from an Ariel Atom, the Track-tor can be driven on public roads.

OK, but how does it corner?