This would be one hell of an Uber ride. 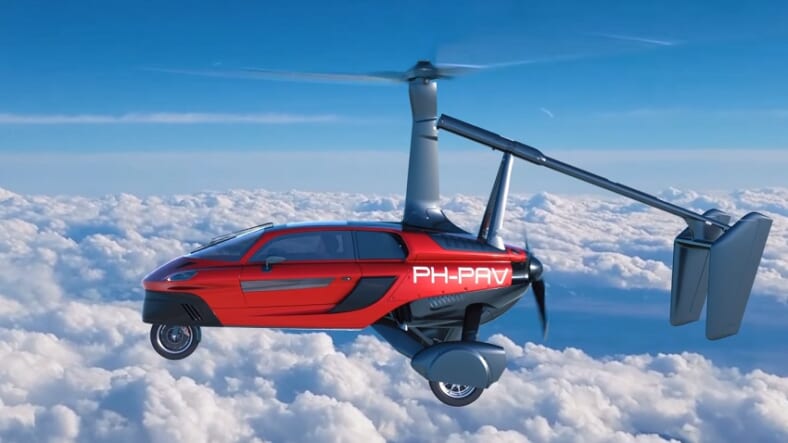 Once upon a time the future looked like it would be cool. We’d have amazing innovations like robot servants, robot sex partners, and flying cars.

Technically we’re there, in that those things exist. While the first two have been around for a while, though, it looks like flying cars are only just now hitting the market. Too bad they look a little weird.

The Dutch-manufactured PAL-V was recently introduced in Sweden, at the Geneva International Motor Show. The firm—apparently also named PAL-V—is accepting pre-orders and expects to start shipping in 2019. The only holdup, reports CNBC, is “final safety certifications.”

It’s a two-seater and the company’s press release calls it a gyroplane. The release says this design was chosen because “in case of engine failure the gyroplane can be landed normally in a very small area.” That seems pretty practical.

There’s a catch, of course. CNBC reports that switching modes isn’t smooth sailing. Drivers will have to manually put it into flying mode.

No worries, that just takes 10 minutes.

Just kidding, that seems like a problem. If you’re going to shell out the cost of one of these babies—over $600,000 USD—you might want the ability to smoothly take off for your destination. Another sticking point may be the fact that drivers will have to obtain a pilot’s license, and getting one of those isn’t nearly as simple as a driver’s license.

Maybe some of these extra wrinkles will be resolved by the time the PAL-V becomes more widely available.

That might be a while—the first run is just 90 vehicles.

Get in line now.