They’ve built some of the sexiest cars ever made. 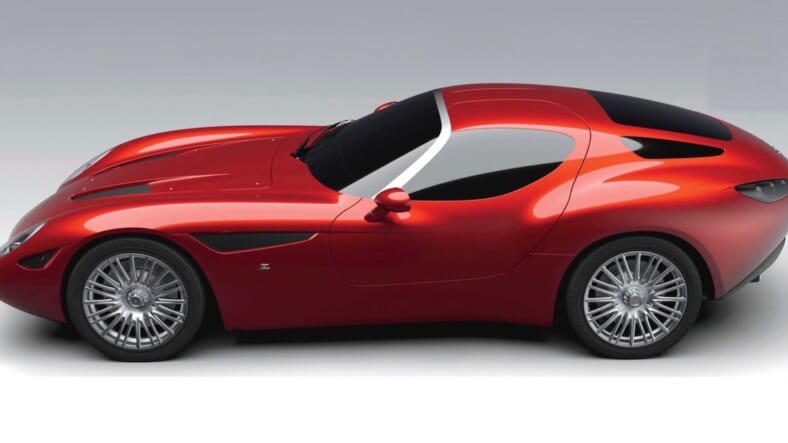 In the early days of the automobile, customers didn’t buy a vehicle
like they do today, as a single finished product. Instead, one would
purchase a chassis and power train from the likes of Rolls-Royce,
Duesenberg, or Mercedes-Benz, and then hire a coachbuilder to
tailor the body and bespoke interior to exacting needs. For grease-mottled
aficionados and historians, the names of these artisans are as famous as
the automakers themselves. And although Brits, Swiss, French, and even
Americans take pride in their own design, it is the Italian carrozzeria who led
the way: Pininfarina. Ghia. Scaglietti. Touring. Bertone. Vignale.

And of course, Zagato.

The brand—formed in 1919 by plane and car laborer Ugo Zagato—is
the only surviving Italian coachbuilder from that halcyon era that is still
family owned. Andrea Zagato, the grandson of Ugo and living scion of the
“Lightning Z” crest, now leads the brand into the 21st century.

The foundation of Zagato’s work was Ugo’s proficiency in aircraft, which
allowed him to integrate aeronautic philosophies such as lightweight materials
and aerodynamics into his designs. Eschewing the idea of automobiles
as bulky, heavy machines and instead conceiving of them as lightweight
architecture—whose shells were constructed of sheet aluminum, like that
found in aircraft fuselage—was a quantum leap in automotive design, one
that revolutionized the industry and made the Zagato name famous.

The company’s foundation was established with the racing success
Zagato enjoyed in its first decade of existence. Collaborations with Alfa
Romeo produced unprecedented success: From 1928 to 1930, Alfa Romeo 1750 Zagatos claimed first place in the Mille Miglia, the legendary thousand mile
road race running from Brescia to Rome and back. In that last year,
Zagato-built Alfas snatched the first four finishes, cementing the brand’s
legacy as one of the most successful performance-oriented coachbuilders of
the prewar period.

It is telling that both Ettore Bugatti and Enzo Ferrari—two looming
giants in the history of motorsports—worked with Ugo. His machines were
masterpieces of aerodynamics decades before computers and wind tunnels.
His tapered lines, rounded corners, and sleek curves are still hallmarks of
the Zagato brand to this day. Ugo is said to have innovated raked windscreens
and convex boot lids, and was the first to incorporate headlights
into the bodywork to reduce drag, a concept in its infancy at the time.

When Ugo’s eldest son, Elio, graduated university, he seized an
important role in the company, continuing Zagato’s remarkable racing
pedigree by reaching the podium in 83 of 160 races. Behind the wheel
of cars like the Fiat 8V Zagato, Elio dominated the newly conceived
Gran Turismo category in the 1950s. The decade was crowned with Ugo
winning the prestigious Compasso d’Oro design prize for his Fiat
Abarth 1000 Zagato. Around the same time, the landmark Aston Martin
DB4 Stradale GTZ premiered at the London Motor Show, inaugurating a
long and decorated partnership between the two brands.

“Keeping the brand in the family gave us a competitive advantage, and
that means independence. It also allowed us to have a direct relationship
with the client,” explains Elio’s son Andrea, the current CEO of Zagato. He compares Zagato’s client-oriented approach to that of Enzo Ferrari, who
was known to personally deliver cars to customers.

Innovation continued with the controversial Alfa Romeo S.Z., a vehicle so
polarizing it’s both beloved and derided as “Il Mostro.” The 1989 experimental
coupe was the first sports car to be entirely designed using CAD technology.
In the decades that followed, Zagato organized a single-brand race series for
the aforementioned Alfa S.Z., and built landmark one-off specimens like the
Lamborghini Raptor (awarded “Best Concept” at the 1996 Geneva International
Motor Show). In 2011 the brand marked the Fiat-Chrysler marriage
with the TZ3 Stradale, sheathing a Dodge Viper in a Zagato-designed Alfa
Romeo suit. There was the Virage Shooting Brake, one of three one-offs built
to celebrate 100 years of Aston Martin. The track car Zagato Mostro powered
by Maserati followed, as did the Lamborghini 5-95, celebrating the Raging
Bull’s 50th (and the company’s 95th) anniversary.

Despite rapid changes in the automotive landscape, Andrea is not
worried; he believes the current and future appeal of Zagato is aligned with
the company’s aim of remaining eternally classic. “We are witnessing a sharp
acceleration in changes…we will be having more thrust forward in the next
ten years than we had in the past fifty,” he says. “But we have been making
collectibles in design since 1919. Like collector-worthy watchmaking, this
market segment will survive all technological changes.”

Pick up the March/April issue, on sale February 20th, and be sure to subscribe so you never miss an issue.