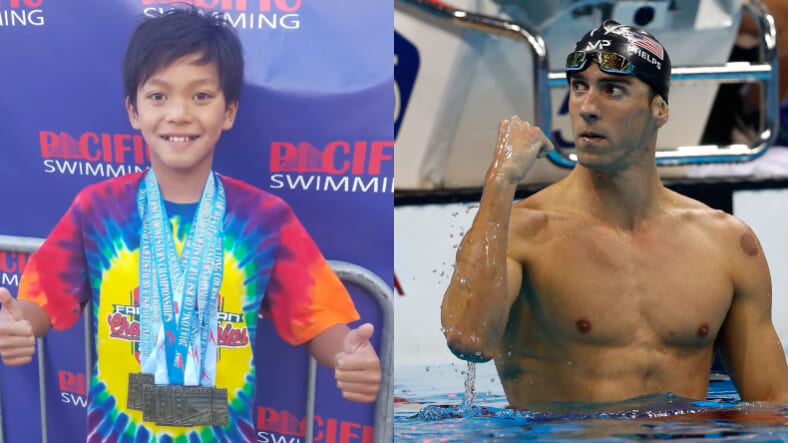 A 10-year-old athlete just smashed a record set by the most decorated swimmer of all time.

The young man, whose name is Clark Kent Apuada — who, fittingly, is nicknamed “Superman” — won the 100-meter butterfly with a time of 1:09:38 at the Far West International Championship in California.

That’s a full second faster than Michael Phelps swam the race when he set the previous record at the same meet in 1995.

“Big congrats to #clarkkent for smashing that meet record!!!” the 28-time Olympic medalist tweeted. “Keep it up dude !!#dreambig“

Phelps isn’t the only one showing support for the swimming phenom on Twitter.

Kent has only swam competitively for four years, but he already has his sights set on the 2024 Summer Olympics. It will be the first Games in which he’s eligible to compete.

“This kid is unlike any other young man that I’ve ever coached,” Clark’s coach Dia Riana told CNN. “He’s always stood out, he’s just, he’s kind of a savant of sorts.”

“Dream big, and always focus on your dreams and have fun” he added.

We’re rooting for you, Superman.