A-Rod Is Reportedly Sexting a Buff Fitness Model Behind J-Lo’s Back, And This Might Not End Well

The former Yankees slugger is also the target of an extortion attempt from an ex-lover, according to TMZ. 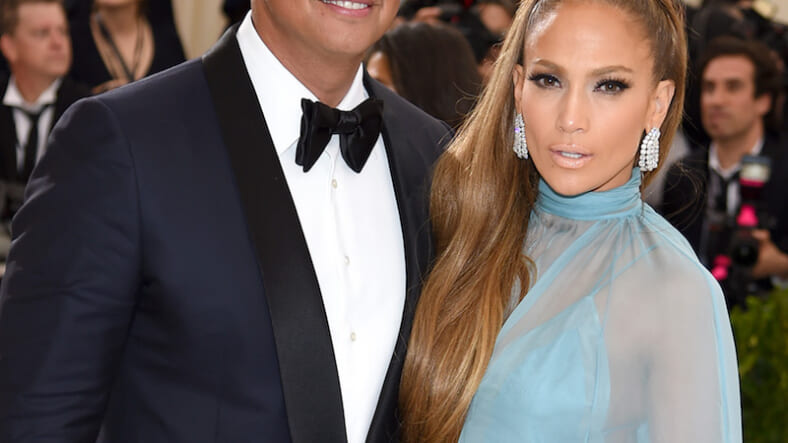 Alex Rodriguez isn’t exaclty known for his ability to commit. The MLB legend has been embroiled in cheating scandals before and not even a relationship with Jennifer Lopez, one of the world’s most beautiful women, can convince him not to stray. At least, that’s what The National Enquirer is reporting.

The supermarket tabloid is out with a salacious story this week that says A-Rod has been sexting an old flame, the fitness model Lauren Hunter, all behind J-Lo’s back. The couple reportedly began dating in 2011 and have kept in touch ever since, even after A-Rod started dating Lopez in late 2016.

Hunter spoke to The National Enquirer, whose sister publication RadarOnline.com published some quotes from the interview.

According to Hunter, Rodriguez slammed Lopez as a “40-something woman” during one of their trysts.And when the fitness model asked him if the relationship was real, she said he just laughed and stuck his tongue out!

A-Rod isn’t the only athlete to come under Hunter’s spell. She has a child with Hall of Fame running back Marcus Allen.

The National Enquirer scoop comes on the same day as another report that says he’s the target of an attempted extortion. According to TMZ, an unnamed woman A-Rod had a fling with is trying to get $600,000 out of him to keep her from releasing salacious text messages.

Is the woman referred to in the TMZ report the same one in the National Enquirer story? Who knows. TMZ doesn’t name her, and we can only imagine that A-Rod probably has a couple dozen running text chains with chicks around the country.

Meanwhile, here’s a picture J-Lo shared on Instagram two days ago. Maybe there’s no trouble in paradise, after all.