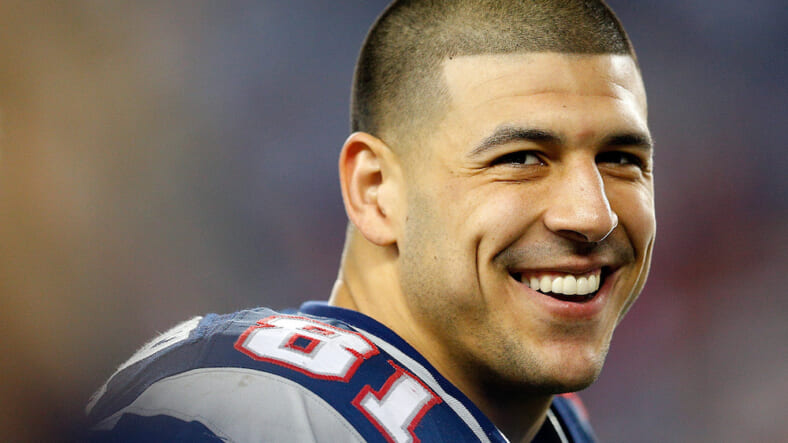 When Aaron Hernandez was found dead his jail cell last month, the 27-year-old former NFL star was a convicted murderer, but he still had the chance to appeal the 2015 guilty verdict that put him away. Because of that, a judge on Tuesday erased Hernandez’s murder conviction forever.

Judge E. Susan Garsh made her decision to vacate the charge based on an arcane rule called abatement ab initio, or abatement, which calls for a conviction to be overturned if a defendant dies before he’s taken every opportunity to appeal a conviction.

Prosecutors argued that Hernandez should not be entitled to abatement and said he forfeited his right to appeal by killing himself. “Despite the tragic ending to Aaron Hernandez’s life, he should not reap the legal benefits of an antiquated rule,” District Attorney Thomas M. Quinn III said. “State and federal courts from across the country have rejected this antiquated rule. Massachusetts, in my opinion, needs to follow suit.”

Judge Garsh wasn’t having it. “Abatement is the law in this Commonwealth and this court is required to follow that precedent,” she said.

Though Hernandez is no longer legally responsible for the death of Odin Lloyd, the man he was convicted of killing in 2015, the family of the former semi-pro football player says they will always know the truth.

“In our book, he’s guilty and he’s going to always be guilty,” Ursula Ward, Lloyd’s mother, said after the decision was handed down.

In the weeks since Hernandez’s suicide, evidence has emerged suggesting that he was aware of the possibility of abatement. Prosecutors said this provided him motive to kill himself. Not just because his death would erase the conviction, but becuase without a conviction, he may have been owed millions from the Patriots. With him dead, that money would go to his fiancé and daughter. This theory was supported by the leaked text of a suicide letter he wrote his fiancé, which included the phrase: “You’re rich!“

It’s still unclear how the financial part of this saga will shake out, but if the Patriots are on the hook for millions of dollars in payouts to the Hernandez family, that might be good news for the family of Lloyd, his victim. Even though Hernandez’s murder conviction was overturned, the family can still pursue civil charges, which could entitle them to whatever cash may be coming to the family of the late tight end.