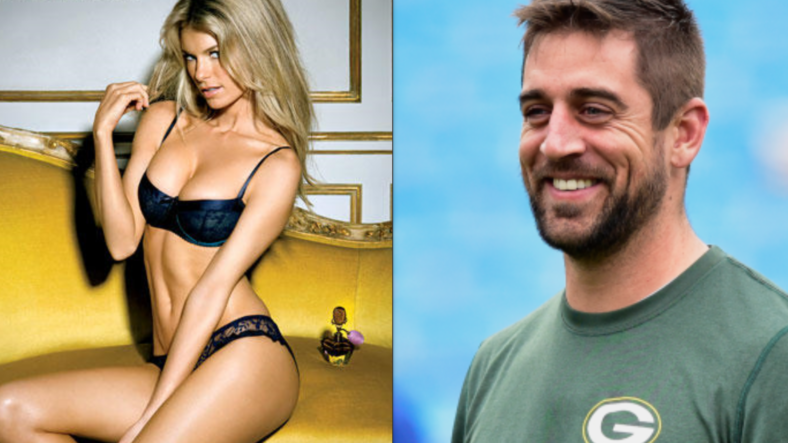 TBT: A young @AaronRodgers12 shooting his shot at @MarisaMiller! 🐐 pic.twitter.com/mWPJaJNV95

Aaron Rodgers hadn’t yet turned pro in 2005, but he was already trying to pick up supermodel Marisa Miller in a video that recently resurfaced on Twitter.

The future Packers phenom had just won two TVs for his outstanding performance at the 2005 College Football All-Star Challenge when the former Maxim Hot 100 No. 1 approached him for a post-game interview.

“Do you really need two?” Miller asked in reference to his extra television. I mean, can I have one?”

Without missing a beat, Rodgers responds, “If you come over and watch some movies with me.”

A clearly unimpressed Miller cuts off the interview with an “OK” before hitting him with a couple of playful punches.

In an earlier interview from that same day, he had already turned the bombshell blonde off with an unfaltering, borderline creepy smile.

“It was a great time hanging out in Miami with these guys,” he says before smiling ear to ear, looking her dead in the eye, and continuing.

“And with you! It was a fun competition.”

Again, he gets shot down with an “Alright.”

As they say, that’s life in the NFL.