Now THAT’S what you call a victory dance. 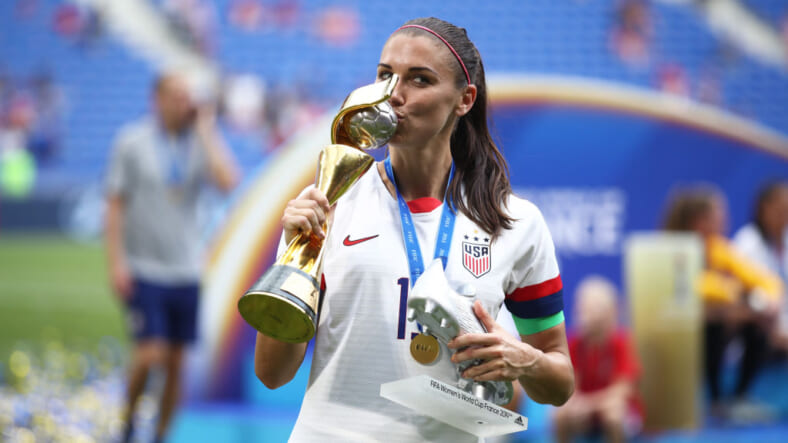 Alex Morgan is celebrating all over the rest of the world pic.twitter.com/UgSRWQtshq

Celebrating wins by dousing each other with champagne and getting rip-roaring drunk in the locker room is such a tradition for American sports teams of all stripes that confident victors even bring ski goggles in anticipation.

The United States women’s national soccer team (USWNT) was just that confident, and their confidence was not misplaced. After they beat the Netherlands 2-0, securing the world cup again (their fourth, ever), the champagne flowed, and tea-sipping superstar Alex Morgan got her twerk on, as seen in the video above, originally made by the team’s reserve goalkeeper Ashlyn Harris.

Morgan is the team forward and a standout alongside forthright winger Megan Rapinoe. And she will celebrate a win how she damn well pleases.

She proved that in the USWNT win over England, which propelled her team to the finals, stopping after a winning goal to mime sipping some fine English tea — a move the English did not appreciate.

Morgan’s epic twerking session was fully in keeping with the spirit of a women’s team which has regularly shaken up the staid world of international football through their run up to the World Cup by openly and without apology celebrating every victory with gusto.

Americans love winners who own the win, after all — that’s why the USWNT will receive a hero’s welcome with a ticker tape parade in New York City on July 10th.

Hopefully there will be plenty of twerking included with that as well.