Shoulda built that wall around his chin. 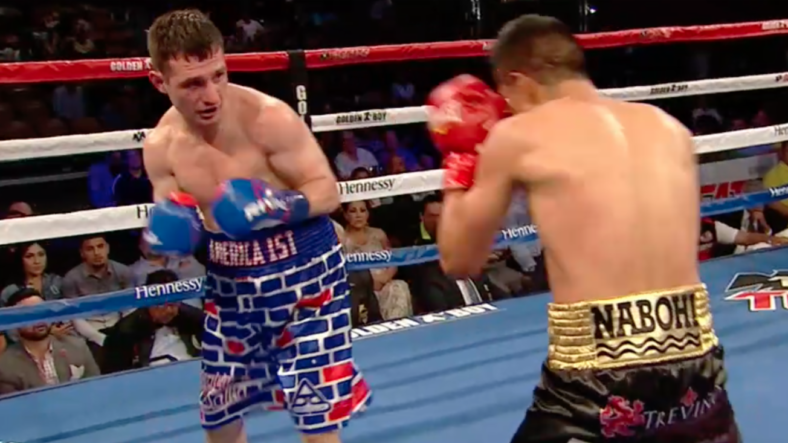 Rod Salka’s BoxRec page doesn’t make him look like a scrub. The Pennsylvania-born super featherweight boxer has a 26-5 record and carried a five-fight winning streak into his Thursday bout against Francisco Vargas.

But for the second time in his career, Salka has made headlines beyond the world of the boxing press, and it’s not for something good. (More on the other time later.)

On Thursday, Salka walked into the ring with Vargas wearing a pair of shorts that said “America 1st.” They were also emblazoned with a design to mimic the border wall President Trump wants to build between the U.S. and Mexico.

It was an obvious troll move. Vargas is from Mexico, and the fight was being held in California, where fights draw plenty of Mexican-American fans. Unfortunately for Salka, it didn’t work.

Vargas brutalized Salka, who landed plenty of punches but did little damage. In the fifth round, Vargas caught Salka with an uppercut that sent him to a knee.

Rod Salka wore “America 1st” and a wall pattern on his trunks against Mexican fighter Francisco Vargas, and ended up getting his ass kicked #boxing pic.twitter.com/CmNfIeU6X1

Salka made it up before the ref got to 10 and finished out the round. In the sixth, Vargas went back to work. Salka stayed upright but he’d had enough. Between rounds, his corner called it  quits, handing the fight to the 33-year-old Mexican.

Rod Salka quits in the corner! Francisco Vargas has torn down the wall!!!!!

While this loss was humiliating for obvious reasons, it’s not the most painful KO that Salka has received. That came in his loss to Danny Garcia in 2014. Oh, by the way, Garcia is also a proud Latino.