This could end the legendary Brazilian fighter’s career. 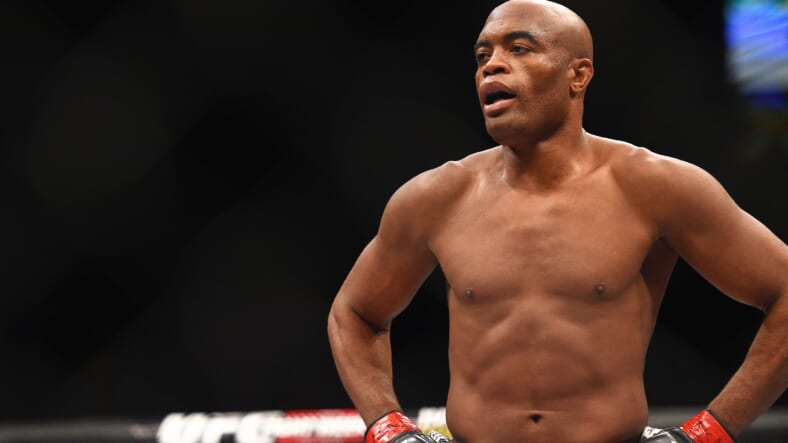 Is the spider on steroids?

Anderson Silva is the latest fighter to receive a suspension from USADA for failing a random drug test administered in late October.

The UFC released further details in a statement:

The UFC organization was notified today that the U.S. Anti-Doping Agency (USADA) has informed Anderson Silva of a potential Anti-Doping Policy violation stemming from an out-of-competition sample collected on October 26, 2017. As a result, Silva has been provisionally suspended by USADA.

What Silva tested dirty for is unclear. The former UFC middleweight champ will not fight Kelvin Gastelum at UFC Fight Night 122 in Shanghai, China on November 25.

Due to the proximity of Silva’s upcoming scheduled bout at UFC Fight Night, Shanghai, China on November 25, 2017 against Kelvin Gastelum, Silva has been removed from the card and UFC is currently seeking a replacement.

It’s not the first time the Brazilian martial artist has been pulled from a headlining spot.

In 2015, Silva’s fight against Nick Diaz on UFC 183’s main card was cancelled after he tested positive for anabolic steroids. He was subsequently handed an 18-month suspension and fined $100,00.

This could very well be the end of the legendary fighter’s lengthy career in the UFC.