“You feel like this is your time? Go do it.” 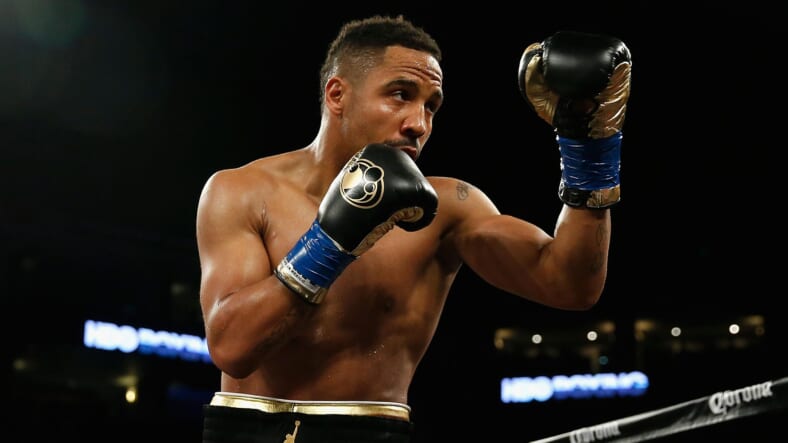 Andre “Son of God” Ward is back in the ring with a handful of boxing hopefuls in this exclusive video from The Contender.

The undefeated 32-0 slugger laces up his gloves for the first time since his 2017 rematch against Sergey Kovalev to spar with 16 elite competitors, all of whom are battling for the reality show’s 160-pound middleweight championship and six-figure purse.

An initial iteration of The Contender hosted by Sugar Ray Leonard and Sylvester Stallone originally ran for 3 seasons on NBC, ESPN and Versus.

“The Contender takes unscripted TV to its grittiest. It has incredible professional fighters and real professional fights,” creator and MGM Television President Mark Burnett said in a press release. “The edge of your seat drama and true stories sets a tone that our audiences will be expecting and I love it.”

“As a man thinketh in his heart, so is he,” Ward says. “It’s that simple. You feel like this is your time? Go do it.”

Catch the season premiere of The Contender this Friday, August 24 at 9 p.m. ET/PT on Epix.