This is totally awesome. 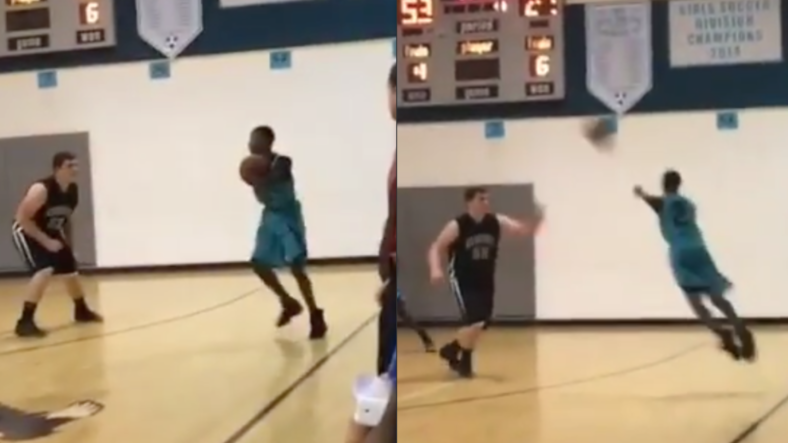 Viral footage of a high school basketball player with no arms schooling his opponents is serving as some serious inspiration right now. Check out the whole amazing video above.

According to the clip description posted by YouTube account For You Video, the armless hoops phenom is a 13-year-old named Jamarion Styles.

Even though he doesn’t use any prosthetic appendages, he’s still able to hit threes like he’s some kind of armless Reggie Miller. This kid has some seriously sick skills.

Barstool Sports has another angle of the suddenly-viral hoops hero in action.

“Bro I could legit beat you with no arms!” @nebzzzz

Side note: that kid screaming “Block him!” is a total dick.