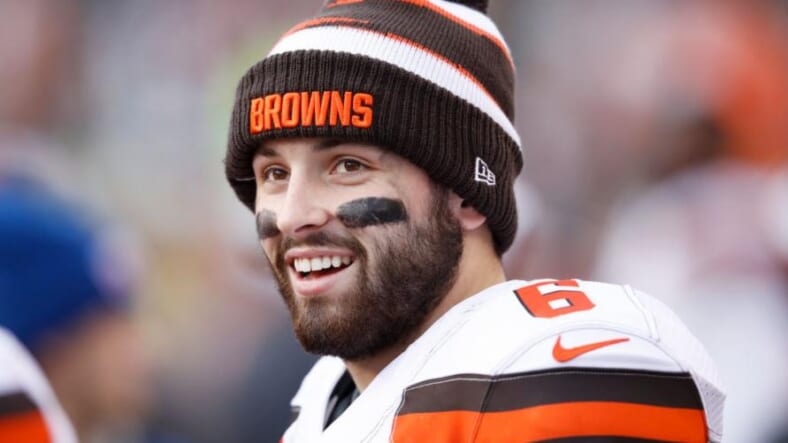 Baker Mayfield has a simple message for fans who don’t like the idea of him kneeling with black teammates to protest police violence during the national anthem before a game: Deal with it.

On Instagram, a fan recently asked the Cleveland Browns quarterback if he would make such a gesture when the season began in the fall, and Mayfield said he’d “absolutely” do that.

Multiple commenters responded angrily to Mayfield’s declaration. Eventually, he had to issue a response, and one thing was clear—he will do what wants.

“If I lose fans, that’s okay. I’ve always spoken my mind. And that’s from the heart.”@bakermayfield on fans being upset with him for planning to kneel this season @brgridiron pic.twitter.com/kyG9M28DRS

Everybody so upset about my comment doesn’t understand the reasoning behind kneeling in the first place … Nate and Kap came to an agreement that kneeling was the most respectful way to support our military while also standing up for equality.I have the utmost respect for our military, cops, and people that serve our country. It’s about equality and everybody being treated the same because we’re all human. It’s been ignored for too long and that is my fault as well for not becoming more educated and staying silent.If I lose fans, that’s okay. I’ve always spoken my mind. And that’s from the heart.

Other white NFL players have had similar interactions with fans in the last week or so, such as J.J. Watt.

JJ Watt responded to a Twitter user who said he was "pretty sure" the Texans DE wouldn't be taking a knee during the anthem.

Responding to a fan who said he was “pretty sure” the Houston Texans player wouldn’t kneel during the anthem, Watt simply said:

A) don’t speak for me B) if you still think it’s about disrespecting the flag or our military, you clearly haven’t been listening

One thing seems perfectly clear—the NFL is changing with the times, in a big way. And who knows, we might see Colin Kaepernick take the field as a player again, as well.