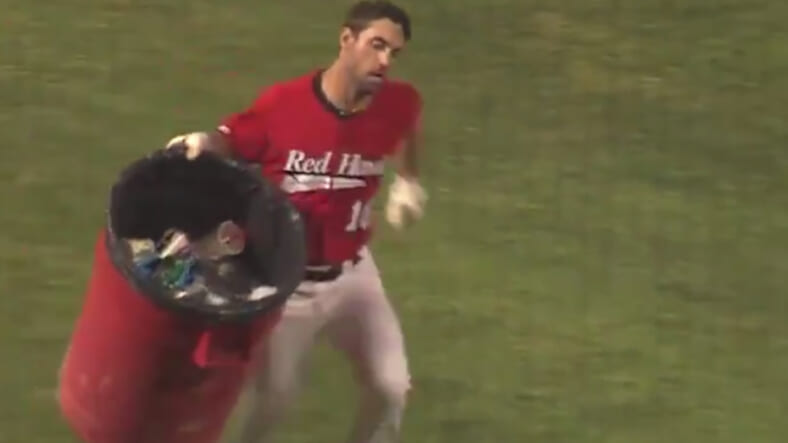 Brennan Metzger of the independent league Fargo-Moorhead Red Hawks wanted to express his dissatisfaction with the umpire after being punched out on a called third strike.

After being tossed for arguing balls and strikes in a game Monday against the Chicago Dogs, the RedHawks outfielder retreated to his dugout, only to emerge seconds later with a trash can full of garbage.

Metzger ordered the ump to “go to his home” inside the garbage can, a reference to either Happy Gilmore or a suggestion of an Oscar the Grouch cosplay.

Someone's got a case of the Mondays… #SCNotTop10 @SportsCenter pic.twitter.com/FIhOJyXQbM

While Metzger’s little troll job is fun and memorable, it lacks the gravitas of a completely different Metz… um… Mets umpire moment.

Let’s all take one more opportunity to marvel at the beauty that was former Mets manager Terry Collins giving an umpire more than just “the business.”

Like a fine wine, that rant gets better with age.