“I think we’re fortunate there was no volcano eruptions or earthquakes, or anything else while we were down there.” 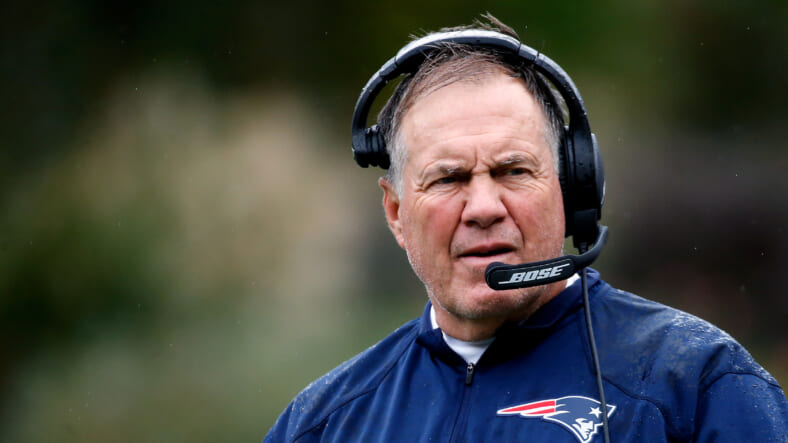 When the New England Patriots went to Mexico City to play the Raiders over the weekend, head coach Bill Belichick wanted to do two things: win and not get killed by a catastrophic natural disaster.

He did both, and on Monday Belichick told WEEI that he’s glad he’s out of Mexico and he’s not eager to go back.

“Personally I wouldn’t be in any big rush to do it again,” Belichick said. “It’s a long way to go for a game. There’s a lot in terms of all the logistics of it. They are not used to having an NFL team, so you have to go in there and handle a lot of the logistics. It took a lot of manpower, a lot of hours, a lot of energy out of our organization to do that. We are exhausted from the trip.”

Had he left it there, Belichick’s comments would have likely flown under the radar. But he didn’t.

“Players did a great job dealing with all the challenges we had to deal with. I think we’re fortunate there was no volcano eruptions or earthquakes, or anything else while we were down there,” he said. “I don’t know how stable the geological plates that were below us [were], but nothing happened, so that was good.”

Those comments aren’t sitting well with some Mexicans who are insulted by Belichick’s fear of dying in their country.

ESPN Mexico’s Poncho Vera, who called Belichick’s quote “outrageous ignorance,” was one of many to call him out on Twitter in Spanish. A few people did it in English too.

Some were pissed because Belichick was being glib about an issue that’s still very raw. Hundreds people just died after an earthquake in the Mexican capital and some people are still searching for loved ones.

But the bigger problem was Belichick’s assumption that earthquakes and volcanoes are only a risk in Mexico, as if it’s a post-apocalyptic hellscape where death could grab you at a moment’s notice. In fact, earthquakes are a risk in California too and the Seattle Seahawks play within 60 miles of an active volcano. Why doesn’t Belichick mention these potential disasters when visiting those places?

Bill Belichick is chicken, my fellows gringos living in Mexico not worrying about earthquakes or volcano eruptions 😒

So we have u as our guest, exactly 31 days after we showed the world an earthquake can’t shake us, roll out the red carpet, and u decide to spit in our face? Already knew #Belichick was a POS, this just puts a 💩 on top 🤦🏻‍♂️😡 https://t.co/DSOOhHQ52r

Not all of the Patriots were so pissy about their trip south of the border though. Quarterback Tom Brady said he had a great time and can’t wait to return. “To be here and play in a different country and to have everyone cheer for our team, cheer for me and cheer for my teammates is incredible. Hopefully there’s many more games here,” he said. “It’s a great experience. I’ve never been to Mexico City, but I’m definitely coming back.”