Bow Down to the Greatest WWE Women Wrestlers of 2016

It was a banner year for WWE women–and these ladies are the reason why. 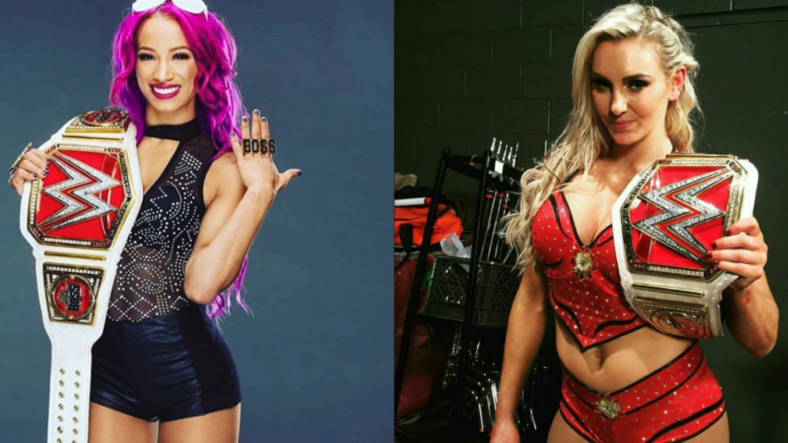 No one’s ever going to mistake the WWE for a politically progressive organization, but in 2016 the top wrestling promotion in the world elevated women to a position of prominence never seen before. From the rivalry between Sasha Banks and Charlotte, which produced the first women’s match to headline a pay-per view, to the female-heavy card at TLC: Tables, Ladders & Chairs, which let the ladies get violent in a way previously reserved for men, women have ruled 2016 in the WWE. As they gear up for another year in the spotlight, let’s look back at the five best women wrestlers of 2016.

She calls herself “The Boss,” and for good reason. Banks runs the WWE’s women’s division. A tiny spitfire who’s full of personality and bravado, Banks is beloved by fans. And in 2016, she participated in some of the WWE’s best matches, proving that he combination of personality and skill will keep her around for a very long time.

The daughter of WWE legend Ric Flair emerged in 2016 as perhaps the most detestable heel on the entire WWE roster, man or woman. Hell, she even made her dad cry.

The Irish Lasskicker is the complete package, with spectacular in-ring ability and an undeniable personality. And with the brand split taking her out of the shadow of Charlotte and Banks, she’s emerged as one of Smackdown’s biggest stars.

The WWE vet was around in the days when women were only supposed to look pretty and now she’s being rewarded with a chance to show off her tremendous wrestling skills. But the reason we love her is as simple as it is stupid—she can fart with the best of them.

After tearing it up with NXT, the bubbly hugger arrived at the main roster and immediately announced herself as a force. She defeated Charlotte in a non-title match and has emerged as one of Raw’s most popular characters. Expect her to get even bigger in 2017.

The WWE showed its commitment to women’s wrestling this year by bringing on a host of talented newcomers who seem likely to make their in ring debuts next year. Some favorites include Evie, Heidi Lovelace and, of course, Crazy Mary Dobson.

‼️Per request I'm putting this 8×10 back on the market today! This will be sold again at the sale price of $10!!! Email crazymarydobson@hotmail.com for info!!!