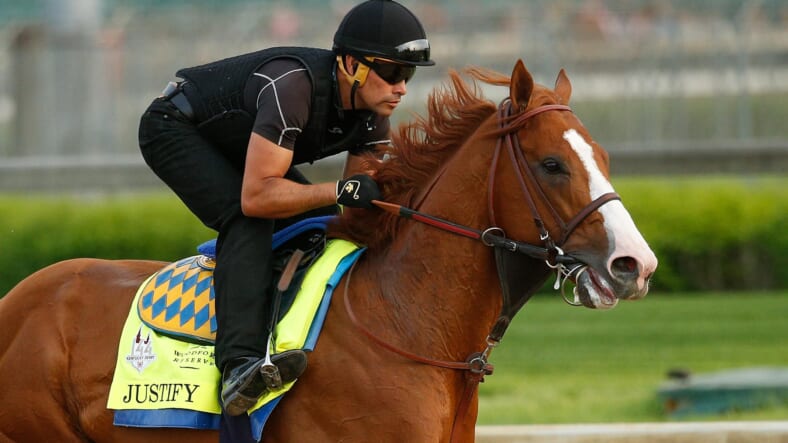 For winning the Kentucky Derby, the owners of Justify, the horse that lived-up to his favorite status in Saturday’s run for the roses, took home a handsome purse of $1.24 million.

A woman in Texas won nearly as much on an $18 bet. Margaret Reid, who made her bet at the Retama Park racetrack in Salem, Texas, took home the huge payout on a pick five, meaning she chose the winner of the four races preceding the Derby, before correctly picking Justify to win the big one.

In an interview with KENS5, Reid said it wasn’t just dumb luck that netted her the huge prize. “I understand the program and I can break down the races. It doesn’t always work out, but sometimes it does,” she said. She added that the winnings were so big on Saturday because she picked the winning long shots in a few races prior to the Derby.

Reid is far from the only person to earn a big payout on Saturday. There’s another unnamed bettor out there who is $150,000 richer after Justify’s win. This guy put down $500 on the horse winning the Derby before it ever ran a race.

This bettor laid down $500 on Justify at 300-1 odds back in February, before he even ran his first race.

The mysterious bettor’s clearly prescience paid off and he’s now got the cash to prove it.

There is a lot more to this ticket then it looks like. I covered a little of it in my weekly column in gaming today. https://t.co/EEPmvGQyO7 pic.twitter.com/xNh8DTsc4H