He ain’t done yet. 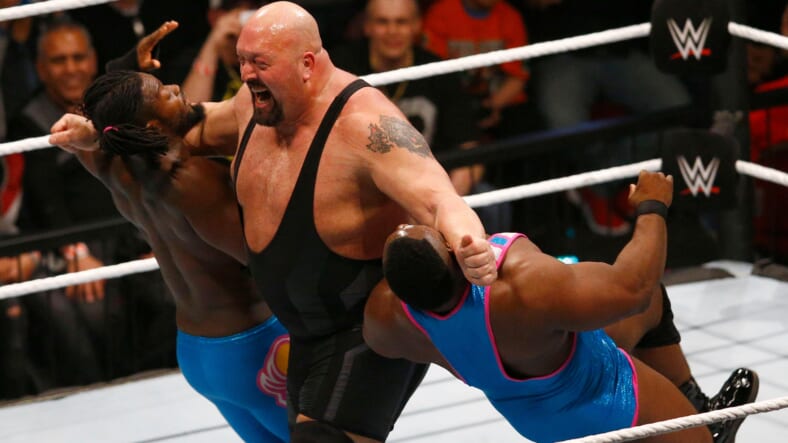 In February there were multiple reports that 7’0″ WWE legend The Big Show (Paul Wright) was pretty much done in the ring. His WWE contract was set to expire and he wouldn’t be re-signed.

The Big Show might move into a different area of the wrestling game, a manager or commentator, who knows? In the Instagram post above he seemed to say he’s not ready to give up his time shoving opponents into turnbuckles.

After all, Big Show has, if anything, been looking deadlier than ever. More like the Mountain from Game of Thrones than Andre the Giant. So, he simply captioned his March 6 Insta embed “Haven’t gone anywhere.”

It’s true that there are reasons to believe Big Show might phase out of ring work. One is more youthful big guys joining him—Big Cass, for example, though he’s recently been taken down by knee surgery.

Rather than retiring, it seems much more likely we’ll see a Big Show comeback sometime soon.

And given his name and his presence, which really matches his size, nobody’s going to complain about that. Certainly not to him.