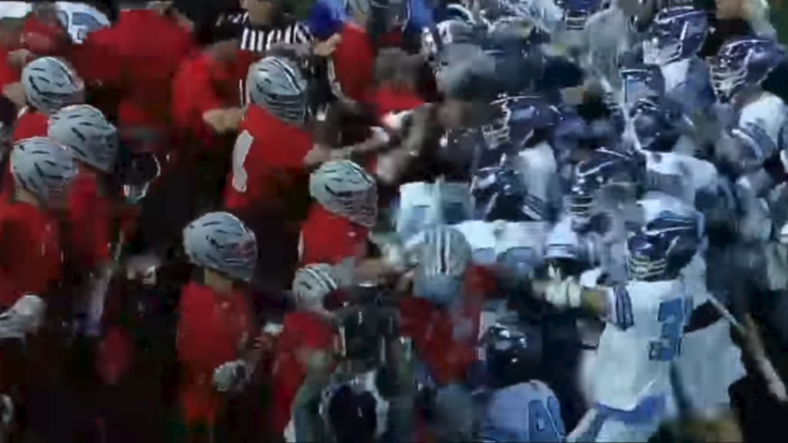 Hockey is notorious for breeding epic—and sometimes pathetic—mid-game fights. But what about lacrosse?

During the Big Ten men’s lacrosse semifinals, every Ohio State Buckeye and Johns Hopkins Blue Jay on the field postured up and started swinging early in the fourth quarter. Watch the madness unfold above.

Full NCAA game footage shows what triggered the brawl. At 1:22:55, Johns Hopkins goalie Brock Turnbaugh blocks a shot, scoops up the ball and sprints downfield before he’s checked by a Buckeye.

The two teams suddenly begin teeing off as Turnbaugh writhes on the ground. Johns Hopkins was given possession the ball when the game finally resumed, but were ultimately defeated by Ohio State 6-5 in the final minute of play.

It’s not the only fight the sport has seen this year. In March, a equally violent situation erupted when a Virginia Cavalier checked a Stony Brook Seawolf.