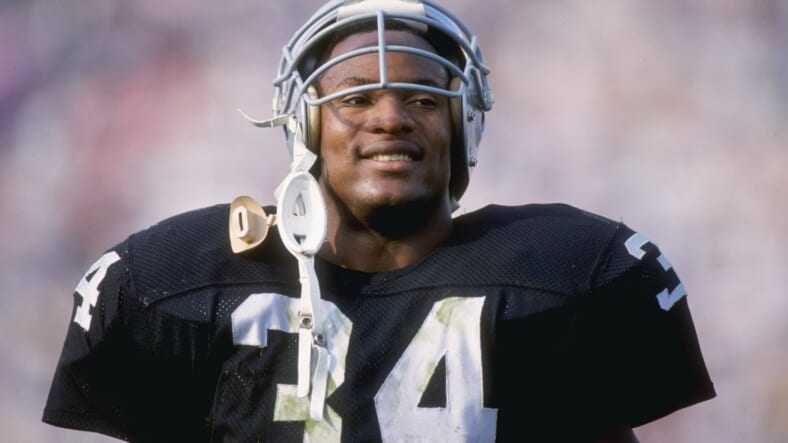 It’s been 27 years since Bo Jackson played an NFL game and 23 years since he took a swing in Major League Baseball. A lot has changed since Jackson hung up his cleats, but there’s at least one thing that hasn’t: The Alabama native remains the most electrifying athlete we’ve ever seen.

Jackson turns 55 today, making it the ideal time to remember some of the greatest athletic exploits of a guy with an unfair combination of speed and power. Whether he was on the gridiron or the diamond, Jackson was always an instant away from reeling off a play that would be remembered for decades. You know, things like this.

8. Bo ThrowsFor a moment, the broadcaster here thought a human being was trying to make this throw. No, it was Bo.

7. Bo RunsThis run has become famous for Bo running into the tunnel at the Kingdome, but there are few better demonstrations of blazing speed than this 91-yard burst.

6. Bo Runs MoreAlong with being the greatest athlete to ever breath air, Bo is also the greatest sports video game figure of all-time.

5. Bo Runs Up a WallProof that if he didn’t want to get rich playing football and baseball, Bo could have been a parkour legend.

4. Bo PlowsIt’s the context that makes Bo’s trucking of Brian Bosworth so sweet. In the lead up to this game, Bosworth ran his mouth relentlessly and Bo responded by running for 221 yards and three touchdowns, including this one.

3. Bo HomersWith the president in the booth, Bo led off the 1989 All-Star Game with a bomb into dead center.

2. Bo Impresses Mr. TSure, this is a good throw, but the real highlight here is Mr. T’s reaction.