“With a career spanning more than four decades, Heenan was the ‘The Brain’ behind some of the most prolific superstars in sports-entertainment history,” 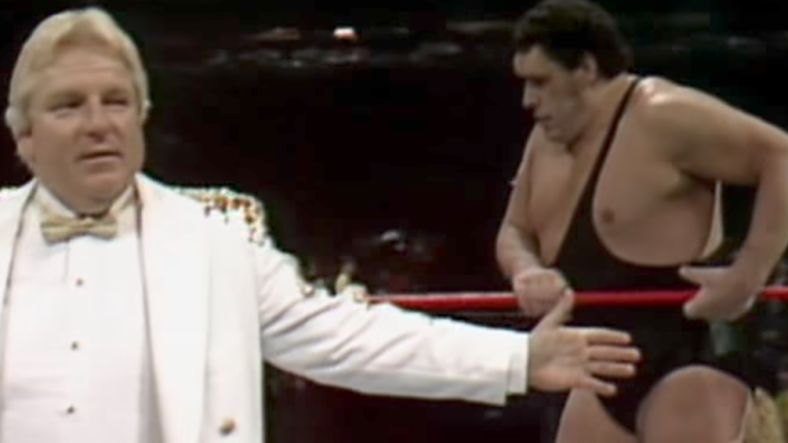 Longtime WWE personality Bobby “The Brain” Heenan, who left his mark on sports entertainment as both a manager and commentator, is dead at the age of 73, according to the WWE.

“With a career spanning more than four decades, Heenan was the ‘The Brain’ behind some of the most prolific Superstars in sports-entertainment history,” the WWE said in a statement Sunday.

“Heenan plied his trade as their mischievous manager by running his mouth on their behalf with a sarcastic wit considered among the best in the business.”

Over the years, Heenan, an underrated wrestler in his own right, found himself in the corner of some of wrestling’s biggest stars during the WWF-era, including King Kong Bundy, “Ravishing” Rick Rude and his most famous protege, Andre the Giant.

Heenan transitioned to the broadcasting booth in 1991 and was one of the first announcers for Monday Night Raw in 1993. If he wasn’t already a beloved figure in wrestling before picking up the mic, his over-the-top commentating and unmatched wit endeared him to all those watching in the 90s.

Here are five of “The Brain’s” greatest moments.

Over the years, Heenan and the great Gorilla Monson became something of a comedy duo on WWF Prime Time Wrestling, a show that saw them sit in a studio and analyze matches, like Beavis and Butthead, but for wrestling fans.

2. That Time He Dropped an F-Bomb On Air

Heenan was responsible for one of the great moments in wrestling broadcasting when he was calling a match featuring Brian Pillman, who accosted Heenan in his seat. Heenan’s ongoing neck issues made wrestling a bad idea at the time and his reaction—listen closely—was a genuine moment of an all-time great breaking keyfabe to save his neck, literally.

3. He Made Wrestling Magic With Andre The Giant

Heenan was never better than when he was in the corner of other wrestling greats and there is no one greater in the history of wrestling than Andre the Giant.

Heenan’s goofball talk show, which ran during breaks in the WWF’s Prime Time Wrestling, was “ahead of its time,” according to Vince McMahon. Perhaps so, but if it was on today we’re guessing The Oinkettes would be deemed highly problematic.

5. His Emotional Goodbye to His Buddy Gorilla Monsoon

Following the 1999 death of Gorilla Monsoon, Heenan delivered this brief but touching tribute to his old friend. RIP, Brain.