Brett Favre Tanked His ‘Monday Night Football’ Audition, But Here Are The Other Top Contenders

Who do you think deserves the job? 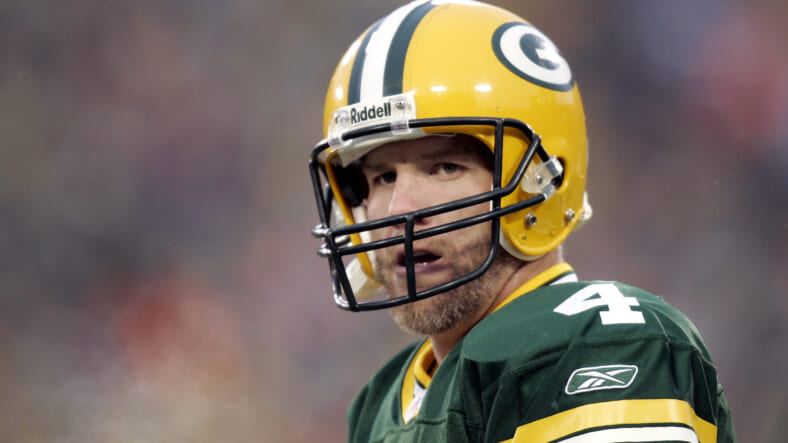 ESPN hasn’t had an easy time finding a replacement for outgoing color commentator John Gruden. The network first set its sights on future Hall of Fame quarterback Peyton Manning. But Manning turned them down, even though the network was reportedly willing to pony up $10 million a year.

Brett Favre was one of the back-up options and ESPN had him come in for a try out recently. It was apparently an absolute disaster, The New York Post reports. Favre, who would have likely commanded a hefty payday from ESPN, though not as much as Manning, totally tanked.

There’s no shame in not being broadcast booth ready for Favre. He’s a quarterback-turned-pitchman, not a professional broadcaster. It would be more surprising if he stepped into the both and was ready to go than if he was suddenly Dan Fouts.

Not that Favre is a stranger to being in front of the camera. In fact, he’s been making the media rounds of late talking about head injuries in sports. “If a ‘ding’ is a concussion, I’ve had hundreds, probably thousands throughout my career,” he recently told Megyn Kelly.

Back in January, he told Rich Eisen that he hopes his grandchildren choose a sport other than football.

Favre’s career as a pitchman has also landed him on screen pitching everything from razors to Buffalo Wild Wings.

And of course, there was his star turn in There’s Something About Mary.

Having moved on from Favre, ESPN seems determined to find a former NFL great to sit alongside play-by-play man Joe Tessitore for MNF this year. The Post reports that former tight-ends Jason Witten and Greg Olsen, both of whom are expected to play next season, have had had auditions. And names like Kurt Warner, Matt Hasselbeck and Louis Riddick have also been kicked around.

As for Favre, it’s hard to imagine he’s too heartbroken about all this. While he no doubt would have loved to the payday, he’s got his sights set on another gig. As he told a radio station in Wisconsin last year, his “dream job” would be coaching the Packers. And maybe he’ll get a shot, just as soon as his nemesis Aaron Rodgers is out of the picture.