After 10 years of on-and-off cage fighting, the 39-year-old is calling it quits. 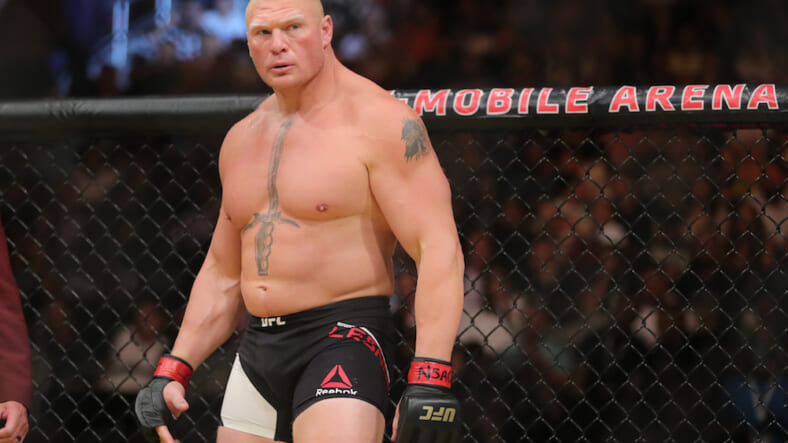 One of the most famous fighters in the history of mixed martial arts is done with the sport. Brock Lesnar, who hasn’t made an official announcement about his retirement from MMA, reportedly told the UFC that he’s done with cage fighting for good.

This decision appears to be more complicated than a typical retirement brought on by old age or a loss of skill. Last month, Lesnar was suspended for a year by the United States Anti-Doping Agency for failed drug tests before and after his UFC 200 fight with Mark Hunt. Serving the suspension requires more than just sitting out a year though. Lesnar also has to pass drug tests for those 12 months, and he can’t do that now because he’s no longer in USADA’s drug testing pool.

Why would Lesnar remove himself from the testing pool? Feel free to speculate on that, but what we do know is that if he were ever to decide he wants back in the Octagon, he’d first have to spend five months getting tested as he finishes out his suspension.

At this point though, it’s unclear why Lesnar would return to MMA. July’s win over Hunt, even with the tainting of his failed drug tests, allowed him to get a taste of the cage after nearly five years away. Also, at 39, it’s not like his best fighting days are ahead of him. Competing in the WWE as an old-timer is easier than making a living in the UFC.

All of that said, we’ve seen enough fake retirements in fight sports that we won’t be surprised to see Lesnar back at UFC 250 fighting a bulked-up Conor McGregor.