A Nevada Brothel Unveils a $100K VIP(enis) Package for the McGregor Vs. Mayweather Fight

The deal includes two tickets to the fight and sex with all 24 women on staff. 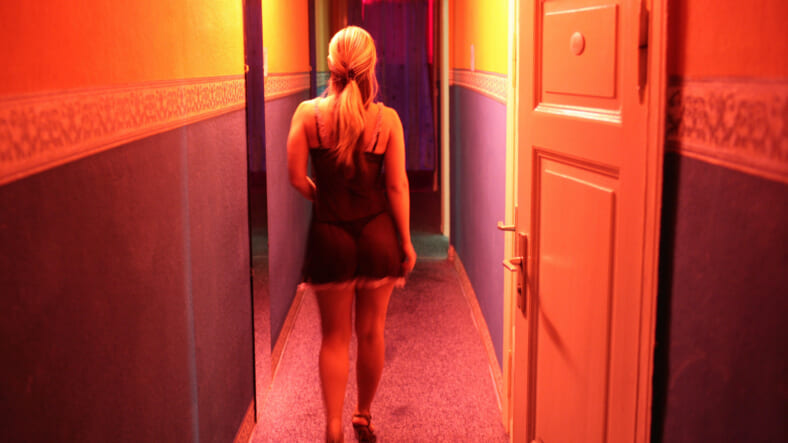 Conor McGregor and Floyd Mayweather are going to get paid in a couple months when they meet up in Vegas for the dumbest sporting spectacle in recent memory. And they won’t be the only ones.

Every opportunist within a 1,000-mile radius is sure to attempt to cash in on this event. And some have already started.

Just hours after the fight was confirmed, Sheri’s Ranch, a legal brothel in the Nevada desert, unveiled the VIP(enis) package. The $100,000 deal will include two tickets to the fight, along with a roll in the hay with all 24 of the women on staff. That sounds exhausting.

Across the desert, the famed BunnyRanch is offering a less creative, but more affordable deal. Owner Dennis Hof tells TMZ that he’ll be running a two-ladies-for-the-price-of-one special when the fight rolls around.

It should be noted that Hof’s Love Ranch was where Lamar Odom nearly died after a drug and hookers bender. Which is to say, if you plan to blow wads of cash, and other wads, with the ladies above, be careful—you might die.

Or even worse, you might live but fall into a coma and everyone will find out you went to a brothel.